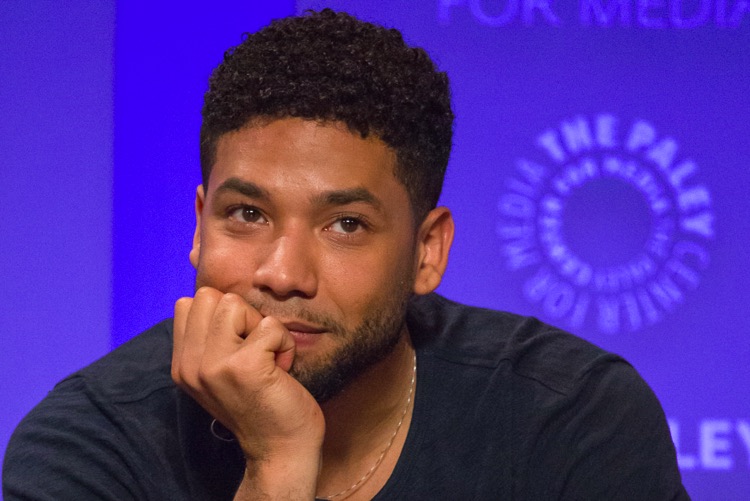 Jussie Smollett, the fast-rising actor on the hit series Empire, is now speaking out following an ugly hate crime attack in Chicago.

The alleged attack occurred early Tuesday morning, though Chicago Police have been unable to find any evidence of a crime.  Smollett says he was approached by two people at roughly 2 a.m. while walking back to his residence.  The pair screamed racial epithets, including the n-word, while slashing Smollett’s face and splashing a chemical (suspected to be bleach) onto the actor.

Smollett also says the pair applied a rope fashioned into a noose around his neck, and tightened it.  When police arrived 40 minutes later, the noose was still around the actor’s neck, but loosened.

Smollett is openly-gay and African-American, and a strong supporter of LGBTQ causes.

As of this morning, Chicago Police spokesperson Anthony Guglielmo reported that footage and images from more than 20 nearby cameras have been extensively searched, with no substantive evidence or clues produced.   Guglielmo noted that a dozen investigators have been assigned to the case, with nothing more than a grainy image of two individuals walking down a nearby street discovered.

While the investigation continues, Smollett has refused to hand over his cellphone, for reasons that are unknown.  Similarly, Smollett’s manager, who was on the phone with Smollett when the attack occurred, is also refusing to share his device with investigators.

The attack would have occurred at extremely low temperatures.  During the early morning of Tuesday, temperatures easily dipped below 0°, with climes of —5° and even —11° reported.   Those temperatures would have easily frozen a substance like bleach, though it’s still unclear what caustic liquid was employed in the attack.

Chicago Police have not disclosed if any evidence was collected at the attack point, including articles of clothing, weapons, or traces of the chemical.

Now, Smollett has formally issued a statement on the attack.

In a statement issued this morning to Essence, Smollett addresses the criticism he’s received after the incident, while also noting that he’s been completely factual and cooperative with investigators.

“Let me start by saying that I’m OK.  My body is strong but my soul is stronger. More importantly, I want to say thank you. The outpouring of love and support from my village has meant more than I will ever be able to truly put into words.

“I am working with authorities and have been 100% factual and consistent on every level.  Despite my frustrations and deep concern with certain inaccuracies and misrepresentations that have been spread, I still believe that justice will be served.

“As my family stated, these types of cowardly attacks are happening to my sisters, brothers, and non-gender conforming siblings daily.  I am not and should not be looked upon as an isolated incident. We will talk soon and I will address all details of this horrific incident, but I need a moment to process.

“Most importantly, during times of trauma, grief, and pain, there is still a responsibility to lead with love. It’s all I know. And that can’t be kicked out of me.”