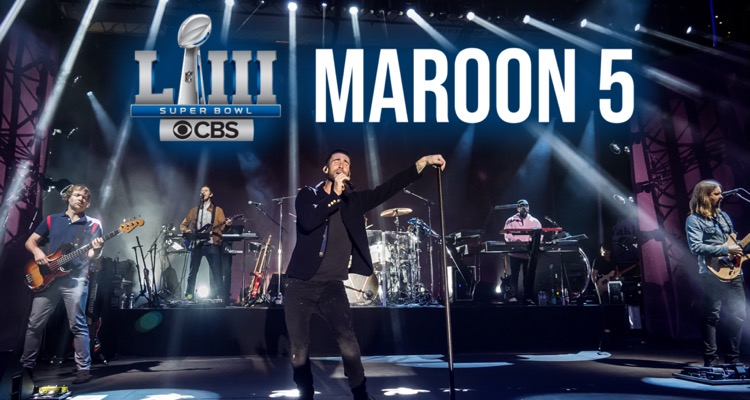 Maroon 5 remains on blast for agreeing to perform at the Super Bowl LIII Halftime Show.

Maroon 5’s decision to play the Super Bowl’s marquee Halftime Show remains an incredibly controversial move.  Now, none other than Colin Kaepernick’s attorney is blasting the group for playing the big game.

Earlier, Maroon 5 frontman Adam Levine attempted to calm the waters by stating that he “absolutely, 100 percent” considered the implications of the group’s performance.  “No one put more thought and love into this than I did,” Levine told Entertainment Tonight.

“I spoke to many people.  Most importantly though, I silenced all the noise and listened to myself, and made my decision about how I felt.”

Bullshit, says Colin Kaepernick’s attorney, Mark Geragos, who is leading a multi-million dollar lawsuit against the NFL.  “If you’re going to cross this idealogical or intellectual picket line, then own it, and Adam Levine certainly isn’t owning it,” Geragos told Good Morning America.

“It’s a cop-out when you start talking about, ‘I’m not a politician, I’m just doing the music.’ Most of the musicians who have any kind of consciousness whatsoever understand what’s going on here.”

But that’s just one of a chorus of voices speaking out against Maroon 5’s decision.

As the opening kick-off approached, more than 115,000 had signed a Change.org petition demanding the group cancel its performance.

But the criticism isn’t only reserved for Maroon 5.  Separately, Pink Floyd legend Roger Waters has called on all halftime performers to ‘take a knee’ during their performances.  That includes Travis Scott and Big Boi, Maroon 5’s main halftime sidekicks.

“My colleagues Maroon 5, Travis Scott, and Big Boi are performing during the halftime show at the Super Bowl this coming Sunday,” Rogers stated.  “I call upon them to ‘take a knee’ on stage in full sight. I call upon them to do it in solidarity with Colin Kaepernick, to do it for every child shot to death on these mean streets, to do it for every bereaved mother and father and brother and sister.”

Others are also speaking out, including Cardi B.

Earlier, rumors suggested that the Bronx rapper had turned down a high-profile gig at the Super Bowl on ideological grounds.  Now, Cardi B has confirmed that she declined the opportunity, despite the prospect for some serious cash.

“You have to sacrifice that.  I got to sacrifice a lot of money to perform. But there’s a man who sacrificed his job for us, so we got to stand behind him.”

Geragos made that point abundantly clear.  “Colin took a knee in a very deferential way to express what he sees as systemic oppression and racism in America. He has been blackballed because of that,” Geragos stated.