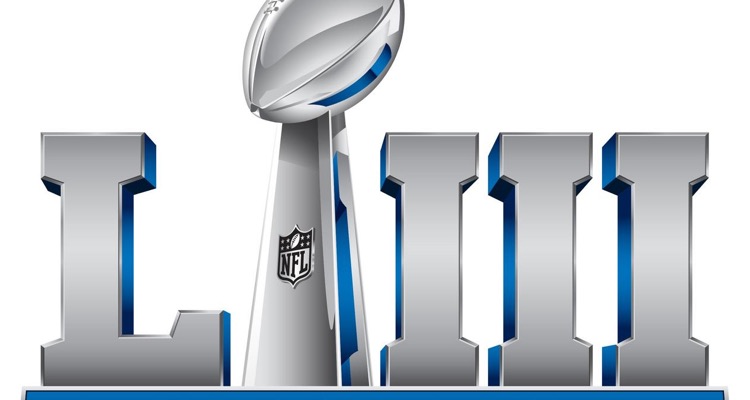 A decidedly dull battle between the Los Angeles Rams and New England Patriots drew the game’s worst ratings in nearly a decade.  But a lot of viewers and potential participants checked out before the opening kickoff.

According to early ratings stats emerging this morning, CBS’ broadcast pulled a lackluster 44.9/68 in metered market results, a 5% drop off of 2018’s game.

But Sunday’s tepid turnout wasn’t just the result of the action on the field.  Heading into the game, serious political and equality concerns resulted in many sitting the ritual out.  It’s unclear how many decided to boycott the contest this year, though they weren’t missing much at halftime.

On a stage formed into a gigantic ‘M,’ a rather uninspired Adam Levine sang through some of Maroon 5’s well-worn hits.

The lack of sizzle was immediately apparent, though Levine was getting dragged for weeks leading up to the event.  The band delayed their announcement against heated protests, as did sidekicks Travis Scott and Big Boi.

Others declined the Super Bowl’s coveted slot, a largely unthinkable decision previously.  Quite the opposite this time around: Jay-Z proudly rapped that he turned down the NFL, while Cardi B also proclaimed her defiance and sacrifice by saying no (though she did appear in a splashy Pepsi Super Bowl ad).

Also Read:  Composer Discovers His Music Is All Over Chinese TV, Can't Get Paid

Rihanna was also rumored to have turned down an offer.

But Maroon 5 said yes, and charged forward with an attempt to depoliticize the affair.  That quickly proved impossible.  Heading into the game, more than 115,000 fans signed a Change.org petition urging the band to cancel the gig.  Roger Waters demanded that the band ‘take a knee’ and stand in solidarity with shunned quarterback Colin Kaepernick.

Adam Levine was forced to issue a statement, and claim that the show was just about the music.  But that did little to calm the protests.  Colin Kaepernick’s attorney, Mark Geragos, called Adam Levine’s statement a ‘cop out’.

The tide of dissatisfaction and protest appeared to take its toll on the show.

Almost immediately, the performance seemed sapped of energy.  At one point, Levine ripped off his shirt in a risqué nod to the ladies, though the singer’s tattooed bod quickly went stale.  These were songs we’ve heard over-and-over again — which is fine, but Levine’s clearly getting bored of them.

You could hear the resounding chorus of boos on social media, and it felt like Levine just wanted the damn thing to be over.

Travis Scott and Big Boi, who both appeared alongside Maroon 5 and Levine, did little to save the affair.  Scott’s performance kept getting bleeped out, the result of either technical difficulties or a failure to refrain from cursing on national television.  Big Boi played an Outkast song without Andre 3000, an old school ride without a key partner riding shotgun.

Complete ratings are still not available, but there’s a silver lining.  CBS says it witnessed massive gains around its CBS All Access app, across a number of critical metrics.  That includes subscriber sign-ups, uniques, and total time spent.