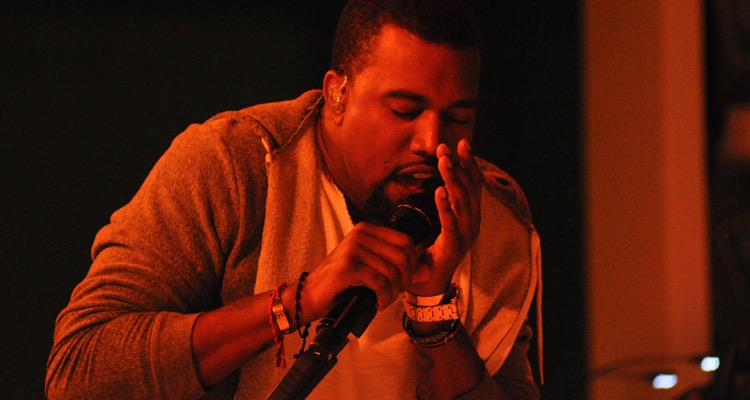 Kanye West is being sued over his unauthorized use of a little girl praying for his track ‘Ultralight Beam.’

Another murky copyright issue is coming to the fore — with none other than Kanye caught in the middle.

At the center of this fight is ‘Ultralight Beam,’ which features a now-viral prayer by a 4 year-old named Natalie.  West’s team says they secured permission to use the clip from the girl’s biological mother.

The only complication is that the child was recently adopted.  So who really owns the rights?

Andrew and Shirley Green adopted Natalie back in December 2012. When the video of her praying went viral on Instagram, Kanye reached out to Alice Johnson to ask permission to sample the sound in an upcoming track.

The Greens say Johnson had no legal right to give permission for the use of the track since she is no longer Natalie’s legal guardian.

What’s worse is that Kanye’s team was supposed to send a legal agreement and payment to Johnson for the sample, but never did.

Now, the Greens are suing Kanye for a slice of his ‘Life of Pablo’ royalties for the unauthorized use, as well as unspecified damages.

TMZ, which first broke the story, reached out to Kanye but has yet to receive a response to the pending lawsuit.

The story behind the heartwarming video was recently shared with Complex by Natalie’s adoptive mother. She says family members were traveling to Atlanta and asked her to pray for them. The video captures the moment when Natalie offered a small prayer for her family’s safety.

So how does she feel about being sampled by one of the most famous pop artists in the world?

“When I first listened to the song I was amazed,” Shirley Green stated.  “There was no better feeling than being a part of something so powerful and so vibrant. To know that I contributed to touching so many lives across the nation made me forever grateful.”

Talk about a million dollar prayer. You can bet Kanye will do his best to settle this one out of court, since no one has been paid for the sample.