Amazon Is Setting Up Pop-Up Storage Lockers at Coachella 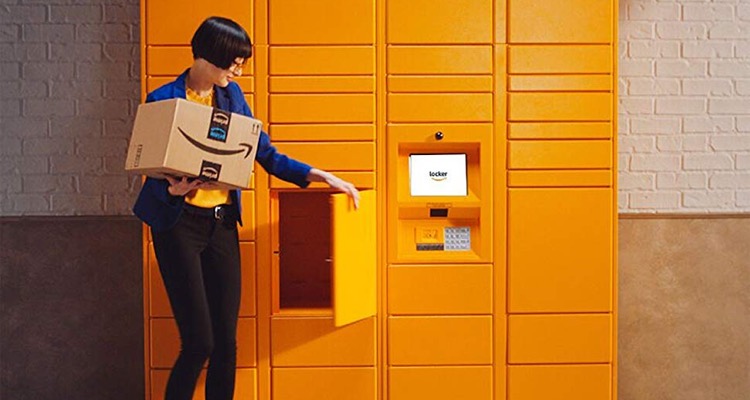 Amazon’s locker concept hits Coachella — and potentially a lot of other festivals ahead.

Amazon’s delivery lockers have expanded to Whole Foods, 7-Eleven, and Chase Bank for customers to pick-up packages.  Now they’ll be appearing for the first time at the Coachella music festival.

Concert attendees can order from a custom Coachella storefront on Amazon ahead of time, or even at the festival itself.

The special storefront will offer a variety of goods considered essential for enjoying a music festival.

Customers can select a Coachella locker as their delivery destination.  They will receive a barcode that can be scanned to open the locker and retrieve the package.  Amazon isn’t charging anything extra to use these lockers at the festival.

Amazon launched its delivery lockers back in 2011 as a means for convenient delivery across the country.  There are now 900 permanent Amazon Lockers locations in the United States; the Coachella locker is the first pop-up locker service.

Amazon’s presence and service for Coachella attendees will deepen its forays into the music industry.  Amazon has streamed concerts in the past and offers both free and paid music subscription services.  Rumors suggest that Amazon could be looking to break into the ticketing market in the future, too.

Amazon Lockers will be available for both weekends of Coachella starting April 12-14 and April 19-21.

Amazon employees will be available on-site to help with any issues that arise for concert attendees.

Amazon’s worldwide director, Patrick Supanc, says that the company wants to make sure attendees get the most out of the festival.  “Bringing the convenience of Amazon Lockers to Coachella will help customers focus on their experience instead of worrying about forgetting something at home or having to carry it in with them,” Supanc says.

Attendees will receive an email when their package is ready for pick-up. While the page for the curated store is up now, the shop won’t be populated until a few weeks before the festival.