Fortnite Claps Back Against Dance Move Lawsuits: ‘No One Can Own a Dance Step’ 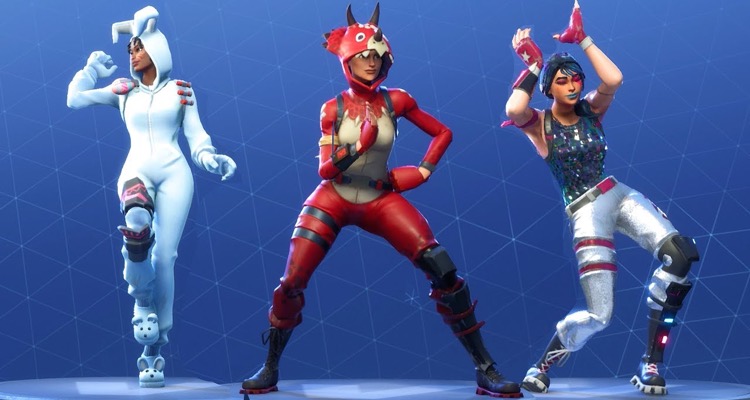 Remember that lawsuit filed by 2 Milly against Epic Games for the dances featured in Fortnite?

Epic has responded by asking a judge to dismiss the lawsuit, saying the dance in question isn’t even copying Milly Rock.

Epic’s lawyers claim that the dance called ‘Milly Rock’ is too simple to be protected by copyright laws.  But whatever it is, it can’t be copyrighted, according to Fortnite’s attorneys.

“No one can own a dance step,” Fornite states in a newly-filed motion.  “Individual dance steps and simple dance routines are not protected by copyright, but rather are building blocks of free expression.”

The lawyers also argue that the intent of the two dances is entirely different.  They argue that 2 Milly’s dance moves are intended for music listening with friends, while Swipe It is intended to allow player expression on the Fortnite battlefield.

Aside from arguing that the two dances are intended for different purposes, Epic’s lawyers argue they’re not at all the same.

The lawyers rigorously defined the movements of each dance to show how they differ, based on video of two dances submitted.

And their description of the Swipe It Fortnite dance:

“By contrast, Swipe It consists of (1) varying arm movements, sometimes using a straight, horizontal arc across the chest, and other times starting below the hips and then traveling in a diagonal arc across the body, up to the shoulder, while pivoting on the balls and heels of the feet, (2) a wind up of the right arm before swiping, and (3) a rolling motion of the hands and forearms between swipes.

They say the dance is choreography and is therefore protectable under the Copyright Act. They also accuse Epic’s lawyers of taking both sides of the argument.

“Epic is essentially talking out of both sides of its mouth in its motion to dismiss: it argues that, one the one hand, the ‘Swipe-It’ emote is not the Milly Rock (which is ridiculous, as fans have long recognized the emote is a copy of Milly’s signature dance) but it also argues that, on the other hand, even if it is Milly’s dance, it is not protectable.”

Can anyone legally own the copyright to a dance as short as Milly Rock? The lawsuit filed by 2 Milly isn’t the only lawsuit Epic Games faces in regards to the issue. And there’s a long precedent for video games parodying real-life dances. In fact, video game dances mimicking real-life performers have been around since the early 2000s.

While copying 2 Milly’s dance without compensation may be unethical, it could certainly turn out to be legal.