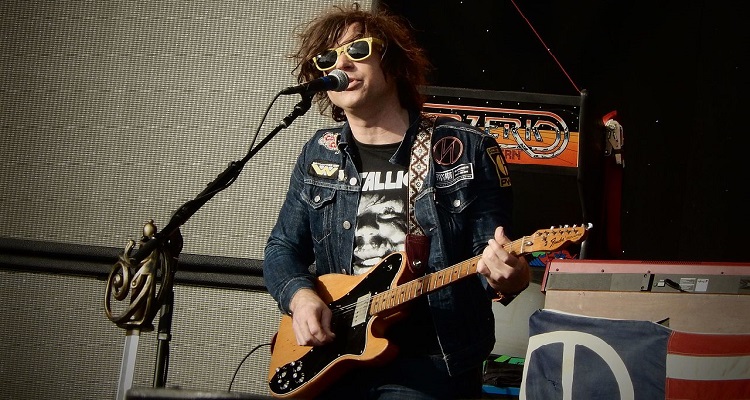 Because of his alleged conduct against women and minors, Ryan Adams may have just lost everything.

Several days ago, The New York Times published the results of a damning investigation.

For years, Ryan Adams, a 44-year-old singer/songwriter, has emotionally abused and harassed women.  After promising to jumpstart their careers, he would engage in manipulative behavior, pursuing female artists for sex.

When denied, Adams reportedly turned domineering and vengeful.  He would then subject the women to emotional and verbal abuse.  Adams would also harass them on social media and in text messages.

Victims included Ava, a 14-year-old bass player.  For years, Adams kept his relationship with her a secret.

When she was 15 and 16, he reportedly engaged in phone sex via Skype.  They had never met in person.

“Music was a point of control for him.

“His controlling behavior essentially did block my ability to make new connections in the industry during a very pivotal and potentially lucrative time — my entire mid-to-late 20s.”

Adams has denied the allegations.  Lambasting the Times’ investigation, he wrote on social media,

“I would never have inappropriate interactions with someone I thought was underage.  Period.”

Despite his apology, Adams now faces a major fallout from the investigation.

A federal investigation, dropped sponsorships, and an album indefinitely delayed.

The FBI has confirmed that its Crimes Against Children team has taken the first steps in launching a criminal investigation into Adams’ behavior.

Over a nine-month period, the singer/songwriter reportedly sent Ava over 3,000 text messages.  These included explicit photographs.  Adams also exposed himself during phone sex sessions on Skype.

The FBI has now sought an interview with Ava, who is now 20.  If agents find the text messages credible, they may subpoena Adams’ phone records.

In addition, multiple guitar, app, and pedal companies have dropped the now-beleaguered singer/songwriter.

On Instagram, Walrus Audio confirmed it will no longer sell its Defcon4 pedal featuring Adams’ name.

“In light of recent news and allegations, we have discontinued the Defcon4 and are not selling any more direct or wholesale.  That is our reactive plan, as this is fresh news for us in the last 24 hours.”

JHS Pedal has also distanced itself from Adams.

Speaking with Variety, the company explained,

“Because of my deep concern over this situation, I am ceasing all collaboration with Ryan and have discontinued the VCR Ryan Adams Signature Pedal.”

JHS Pedal will also rebrand its pedal.  The company confirmed a portion of the new pedal’s sales will go toward the fight against sexual abuse and misconduct.

“We have decided to suspend our relationship with Mr. Adams at this moment, and will no longer move forward with the development of the Ryan Adams signature model.  We have no further comment at this time.”

Retailers have reportedly received confirmation that Big Colors, originally set to drop on April 19th, has been “put on hold.”

His label, Pax-Am, which has a distribution deal with Universal Music Group, has indefinitely delayed the album’s release.  The label deleted pre-order pages for the CD and LP from its online store.

Going on the offensive, the singer/songwriter initially threatened to sue The New York Times, stating the newspaper was “going down.”  He has since deleted the tweet.

Without admitting guilt, Adams then issued an apology.

“I’m not a perfect man and I have made many mistakes.  To anyone I have ever hurt, however unintentionally, I apologize deeply and unreservedly.”