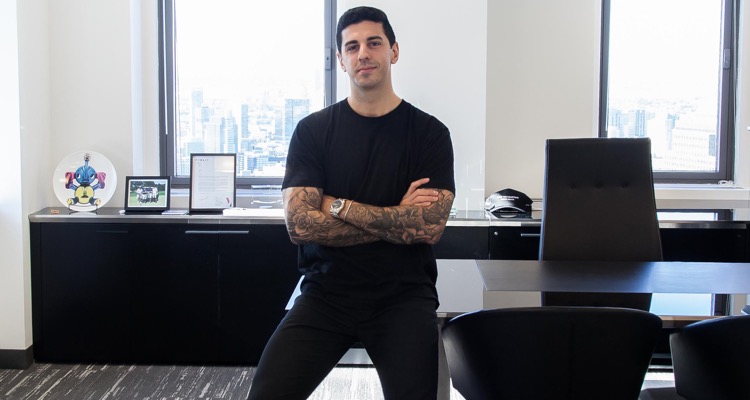 The charges are technically unrelated to PledgeMusic — though this isn’t a good sign.

Joshua Sason, founder and CEO of Magna Group and a significant PledgeMusic backer, has been charged with orchestrating approximately $25 million in securities fraud involving penny stocks.  Magna Group is one of several defendants charged with purchasing the penny stocks with fraudulent debt, then dumping them on unsuspecting investors.

“As alleged in our complaint, Magna Group and its co-defendants used fake debt instruments to unlawfully obtain shares in microcap companies, which they then dumped on unsuspecting retail investors,” said Sanjay Wadhwa, a senior associate director at the SEC’s New York Regional Office.

“This action demonstrates the resolve of the SEC in pursuing fraudsters who use elaborate financing schemes to engage in securities fraud.”

Penny, or micro-cap stocks, refer to shares in companies with an approximate market capitalization of between $50 million and $300 million.  Those smaller companies can produce big profits, especially given greater volatility.  But Sason and Magna aimed to create their own volatility, with fake promissory notes, manufactured debt, and false documentation to bilk unknowing investors.

In a typical plot, Sason and his target company would invent a tranche of debt at a distressed company.  Magna Group would assume that debt in return for shares, which then watered down existing shareholders.  Or, those shares would be subsequently sold.

The charges come at a bad time for PledgeMusic.

The artist crowdfunding company has been unable to pay artists and donors, with unpaid balances hitting $100,000 in some reported cases.  At present, all crowdfunding accounts have been frozen, and the company has offered no guidance on when the payment issues will be resolved.

In regards to Sason and Magna Group, PledgeMusic stated that the SEC’s investigation is ‘completely unrelated’ to the crowdfunding company.  The SEC isn’t charging PledgeMusic with any violations, or even probing the company, according to our information.

But the ties with Sason could be more indirect in nature.  The Magna cofounder has built a business lending to smaller, oftentimes failing companies, a tactic that allows Sason to grab giant ownership stakes and sometimes make enormous profits.  That isn’t illegal, as long as the debt itself is actually real and the shares are legitimate.

The fact that PledgeMusic is a smaller, failing company seems more than a coincidence in this case.  Whether Sason is sniffing opportunity is the next question, and if so, his presence actually suggests that a turnaround could be possible.  Alternatively, PledgeMusic could also be enmeshed in a broader manipulation.

Sason has been a member of the PledgeMusic board of directors since 2014.

At that point, Magna invested $3 million into the crowdfunding company.  By 2016, it was revealed that Magna Group had acquired a majority position in the company.