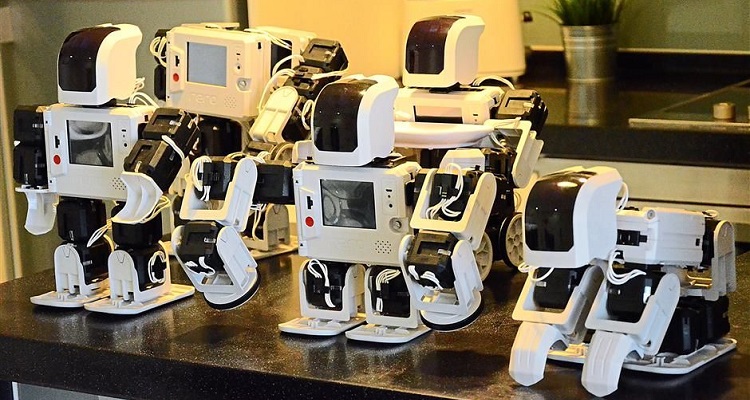 Despite global efforts to crack down on automated software, most online ticketing platforms still face a massive ‘bad bot’ problem.

That’s according to a new report from Distil Networks.  The report analyzed 26.3 billion requests from 180 domains between September and December of 2018.

Distil, which specializes in tracking bot migration, revealed a study analyzing the impact of bots in the ticketing industry.

Dubbed How Bots Affect Ticketing, the report states ticketing bots comprise 39.9% of all ticketing traffic worldwide.  Amidst growing pressure from artists and promoters, this figure underscores each government’s failure to tackle the problem through legislative action.

In general, brokers, scalpers, hospitality agencies, and other criminals use ticketing bots to execute a number of attacks.  These include denial of inventory, spinning and scalping, scraping seat map inventory, fan account takeover, and fraud.

Venues that sell tickets directly have a 26.5% bot traffic share.  Other ‘ticketing solution sites’ have a bad bot traffic of 32.3%. 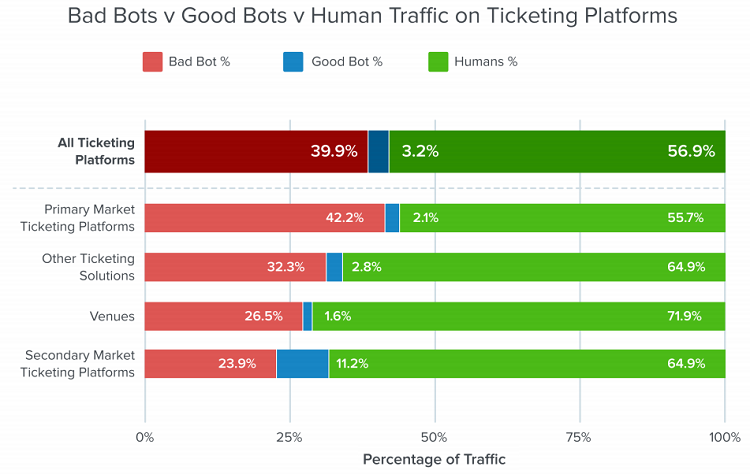 In addition, 78 percent of bots on ticketing websites are classified as sophisticated or moderately sophisticated.  These feature more human-like characteristics that often evade detection.

Speaking on the findings, Tiffany Kleemann, the company’s CEO, explained,

“Although the ticketing industry has led the way in terms of bot legislation, as seen with the BOTS Act in the U.S. and similar rulings in Ontario, the U.K., Australia and more, websites still face a huge hurdle when protecting against bad bots.

“Whether a venue, primary marketplace, or secondary marketplace, any website that sells tickets can fall prey to this criminal activity, and a better understanding of the threat landscape can ensure the proper protective protocol is put in place.”