US Radio Stations, Restaurants, Spotify, Tech Giants Speak Out on PRO Consent Decrees: ‘They Are More Critical Than Ever’ 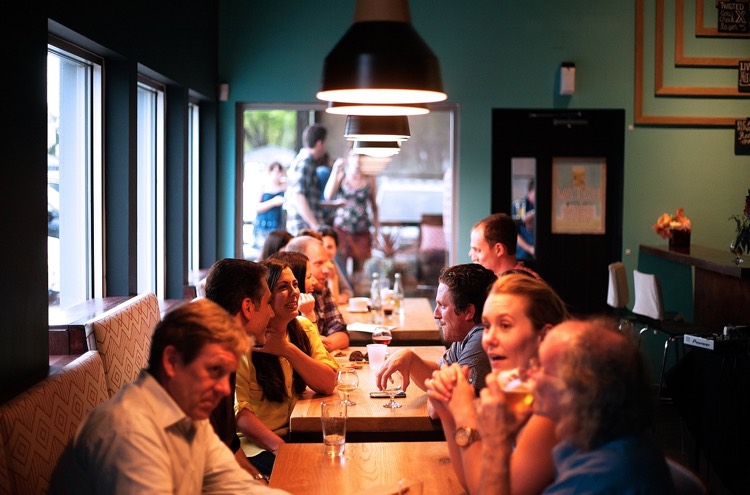 It’s all in the background.

ASCAP and BMI say they’re stodgy, antiquated laws.  But a consortium of radio stations, restaurants, hotels, and major tech giants like Spotify and Google/Alphabet are defending the Department of Justice’s long-running Consent Decrees as necessary safeguards.

As the U.S. Department of Justice undertakes a thorough review of its long-running Consent Decrees for music performance licensing, various sides are staking their positions.  That includes giants like Spotify and Apple Music, not to mention US-based radio stations, restaurants, and hotels.

Just yesterday, the CEOs for performance rights organizations ASCAP and BMI issued a joint public statement on the DOJ’s review, with detailed next steps for handling licensing after the Decrees are removed.

The pair made it sound like the Consent Decrees — which date back to 1941 — are in the process of getting dismantled.  That suggests that another industry-changing victory is ahead, though maybe that’s a little premature.

The intent of the Decrees was to prevent anti-competitive and bullying business behavior by powerful publishers and their representative PROs.

In effect, everyone under the Decrees is entitled to the same music at standard rates — as long as they register and pay on time.  The Decrees required that ASCAP “grant to any music user making a written request… a non-exclusive license to perform all of the works in the ASCAP repertory,” with BMI soon saddled with a similar requirement.

Just this morning, a coalition of radio stations, restaurants, hotels, and other licensees of ‘background music’ weighed in on the debate.

And unlike ASCAP and BMI, the licensors and collectors of performance royalties, the licensee coalition thinks the Consent Decrees are working just fine.

The group, via its mouthpiece the MIC Coalition, emailed Digital Music News with this statement this morning.

The ASCAP and BMI consent decrees were originally established to guard against anticompetitive behavior and we have seen no evidence that they have outlived their intended purpose. If anything, they are more critical than ever in an increasingly complex and diverse licensing environment which, without measures that ensure an orderly market, is ripe for abuse.

Modifying the existing decrees for the sake of change, alone, will not lead to the advent of a new and improved licensing regime that yields greater competition or adequately protects consumer interests. In contrast to the desire of some to pursue a rash and lopsided revision, the MIC Coalition thanks Senate Judiciary Chairman Lindsey Graham (R-SC) and other Members of Congress for approaching this conversation in a thoughtful and collaborative manner seeking to establish principles for a satisfactory alternative legislative framework before any efforts to terminate the decrees.

Senator Graham is one of several Congressmen examining the issue alongside the DOJ.  Just last month, Graham issued a letter asking antitrust chief Makan Delrahim to hold off on lifting the Decrees until Congress was finished reviewing the matter.

Delrahim signaled last year that the DOJ was taking a long look at the Decrees, one of several under review across numerous industries.

“The purpose of my letter is not to prejudge the outcome of your review, but rather to express my concern that moving to terminate or even sunset the ASCAP & BMI consent decrees, without first working with my committee and the Congress as a whole to establish an alternative licensing framework, could severely disrupt the entire music licensing marketplace,” Graham stated.

Members of the MIC Coalition include the Radio Music Licensing Committee (RMLC), American Hotel & Lodging Association (AHLA), the Brewers Association, and the National Retail Federation (NRF).  But the group is also weighted towards technology interests, with sub-members that include the Digital Media Association (DiMA) and Consumer Technology Association (CTA).

DiMA members, in turn, including some of the biggest tech giants in the world.  Members include Apple, Spotify, Google/Alphabet, Microsoft, and Amazon, among others.

Of course, Spotify, Apple Music, and Amazon Music all have a serious interest in keeping performance royalty rates down.  Pandora, now part of Sirius XM, is also a DiMA member, and a major licensee of works for non-interactive performances.

All of which means this stodgy little law from 1941 might be harder to remove than the publishing industry thinks.  Especially with billions of dollars at stake — and billion-dollar companies opposed to any Consent Decree removals.