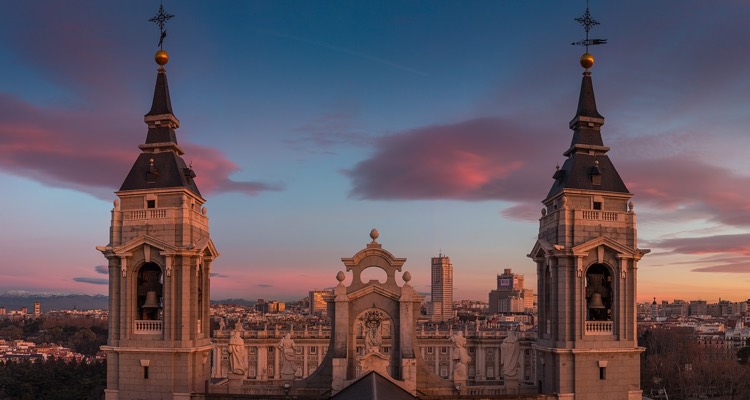 Madrid, site of the International Confederation of Music Publishers (ICMP)’s recent board meeting.

The demonstration of support is echoing out of Madrid, where the International Confederation of Music Publishers (ICMP) marked the Spotify India situation as one of its most important issues.

The group’s recent board meeting covered a number of pressing topics, including the European Union’s recent advancement of the Copyright Directive and Article 13 (they support it), the dysfunctional meltdown in Spain’s PRO situation with SGAE (they denounce that), and Spotify’s recent launch in India.

The Indian launch was heavily contested by Warner/Chappell Music, which argued that Spotify wasn’t properly licensing or valuing its catalog.  At the 11th hour, Warner tried to block the launch with a court injunction, which was subsequently dismissed.

“Shortly after the ICMP Board meeting, Warner/Chappell Music issued an injunction against Spotify, blocking the use of its music in India,” the group relayed to DMN.  “The streaming service has launched in the country despite inappropriately claiming a statutory license to use Warner/Chappell’s repertoire without its authorization.”

In the eyes of Warner/Chappell — and the rest of the publishing community — that was a ramrodding that exploited a loophole in licensing law.

Just yesterday, we first reported that Spotify quickly crossed one million users in India after one week.  But that ramp-up could be coming at a serious cost.

“Music publishers worldwide work in the interest of all creators and will fight for appropriate remuneration for all licensed use of their work. At the heart of this problem is the inappropriate use of music and the subsequent undervaluation of songwriters – Indian and international.  ICMP and its members express their full support of Warner/Chappell Music in its actions.”

The joint statement follows a period of relative reconciliation in the United States, where Spotify and major publishers recently passed the momentous Music Modernization Act.  That law prohibits any litigation by publishers against Spotify, a major concession designed to avoid a devastating royalty mess for all sides.

Indeed, the MMA will finally get publishing mechanicals flowing, though a great deal of cooperation is now required to implement the MMA and its royalty-paying organ, the Mechanical Licensing Collective (MLC).

Now, it’s unclear what actions publishers — and their recording counterparts — will take against Spotify, though both sides certainly need one another.  But that doesn’t mean they have to like one another.