Weeks After His Immigration Issues, 21 Savage Faces More Than $1 Million In Legal Damages 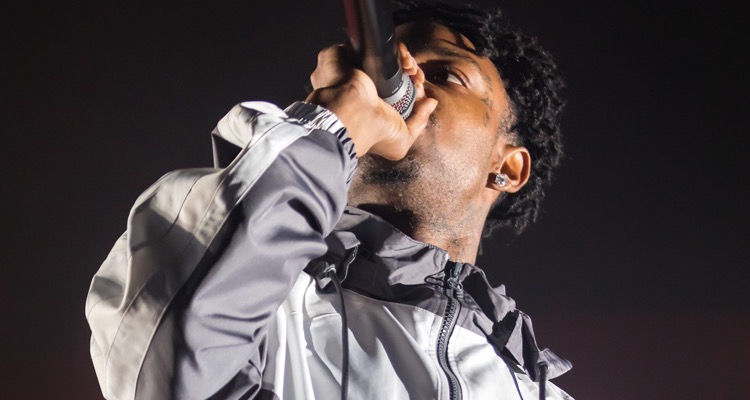 Just weeks after being booked and released from jail on immigration charges, 21 Savage is facing new legal troubles.

The lawsuit was filed against the rapper for accepting payment for a performance, but never showing up.  21 Savage was paid $17,000 in September 2016 to appear at Club Bomaz in Hinesville to perform, but promoter Sadaetirs Smith says he never showed up.

Smith filed for a warrant in October 2016 but didn’t pursue the matter until 21 Savage was arrested by ICE in February.

The rapper seemed to have overcome the lawsuit last week when the Liberty County District Attorney’s office rejected the case.  But Smith has now re-filed the lawsuit as a civil case in Fulton County, where 21 Savage lives.

Smith is seeking $60,000 for breach of contract and $1 million dollars for emotional distress. Smith has also requested a trial by jury.

Smith alleges that the rapper caused damage to her venue as he left and “snuck out of the venue after getting paid.” Smith is also attempting to recoup some of the losses her venue experienced.

The legal filing notes that 21 Savage was given 30 complimentary admissions for his guest list, valued at $1,200 a pop. Additionally, Smith is seeking re-compensation for money spent on security and production costs, like sound and lighting.

21 Savage spent ten days in the Irwin County Detention Center in Ocilla before his release was approved on $100,000 bail.

After he was arrested, the world found that the Atlanta-based rapper was actually born in the UK and emigrated to the United States as a young man.

The rapper says his family overstayed their work visas when he was a minor.  He applied for a U visa in 2017, but that request was not granted.

21 Savage was nominated for two Grammy’s this year, one for record of the year and the other for best sung/rap performance.