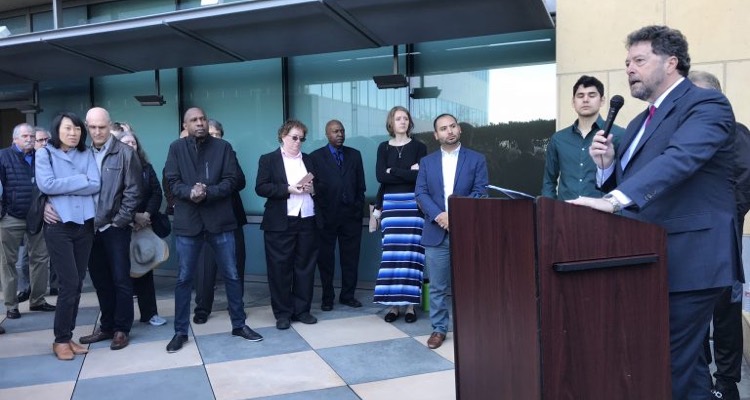 The American Federation of Musicians — at a press conference prior to holding negotiations for a new contract with movie studios — indicated that they are seeking fair streaming media residuals for content created for the Internet.

The negotiations are taking place at the Alliance of Motion Picture and Television Producers in Los Angeles, where the parties hope to replace the extended 3-year contract that was agreed upon in 2015.

The union noted that other unions already receive streaming residuals.  These unions include the Directors Guild of America, SAG-AFTRA and the Writers Guild of America.  But the American Federation of Musicians has been so far excluded.  While they do receive residuals for streamed TV shows and theatrical movies, they do not receive residuals for content intended for the Internet.

Ray Hair, who is the international president of the American Federation of Musicians, said that, because of the growth of streaming, the lack of associated residuals threatens the livelihood of musicians.  He further said that it also threatens to lessen the contributions musicians make in their local communities.

“As streaming consumption grows, the absence of streaming residuals will prevent musicians from being able to afford a home and feed their families, and threatens to erode the major contributions our members make to our local communities,” Hair stated.

Hair went on to say that the union wants to maintain both good jobs for musicians and their members’ proper place in the entertainment industry, so they are hoping to reach a fair resolution to the issue with the studios.

SAG-AFTRA is supporting its fellow union on this issue.

Gabrielle Carteris, who is the president of SAG-AFTRA, spoke at the musicians’ press conference, and she said that everyone working in the entertainment industry faces the same challenges, and, as the industry moves toward the adoption of new media, everyone needs to stand together as one.  She went on to say that her members recognize what musicians bring to both TV and movie productions and they support them receiving fair residuals in their new contract.

So far, the Alliance of Motion Picture and Television Producers has yet to comment on the musicians’ demand.