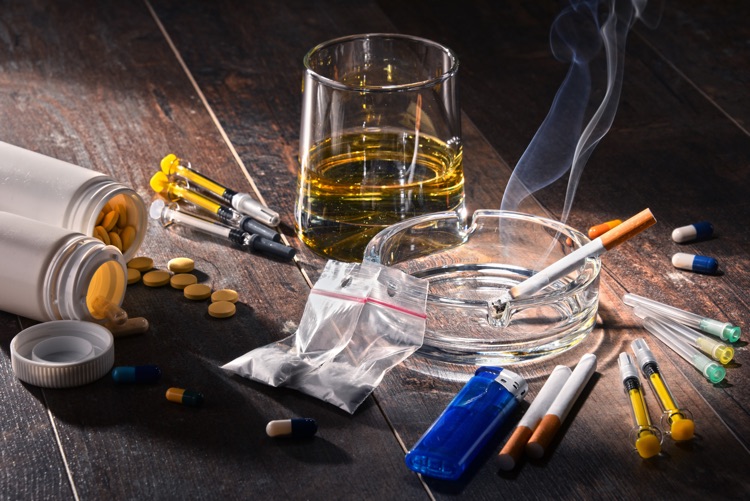 Singers, guitarists, and other musicians have a disproportionate likelihood of death from substance use.  Over the last decade, there have been nearly 150 drug-related deaths in the music industry.

Be it for “creative purposes” or musicians fighting the lyrics of their own songs, drug use is rampant.  There are often songs that romanticize the tragedy of drugs, furthering the misuse.

But there are also those stars that overcome the odds and walk away alive from addiction.

These are the most famous musicians that made it past their misuse of drugs.

In her early career, the rock singer did more than top the charts. After a revealing interview, Stevie Nicks admitted to the dangers of early life in the band.  Each member preoccupied their downtime with mountains of cocaine.

Her dependency spanned 9 years until her rehabilitation. To combat the urges of cocaine, her doctor prescribed Klonopin.

This anti-drug drug had a more addictive personality than cocaine.

She went on to fight an addiction to Klonopin for another decade.

His infamous slurred words are a byproduct of his insane use of drugs. He has suffered multiple strokes and heart failures, handicapping his speech and movement.

During the limelight of the band, the other members forced Steven Adler to resign. His addiction was a bad look for the hard rock band.

John joined the band as a replacement guitarist. His predecessor, Hillel Slovak, succumbed to overdose. Check out this website to see how devastating opiates and painkillers really are.

But John was better than that. Sorta’.

Only after 4 years of excessive misuse, the Red Hot Chili Pepper’s guitarist quit.

His spiraling desire for cocaine and heroin lead John down a “soloist” path. With no connection to the band, the ex-Pepper experienced long bouts of poverty.

He’d go on to produce his own music solely to fund his addiction. His flesh and teeth rotted, leaving the star a zombie.

The guitarist would recover physically and psychologically in a rehab clinic.

Elton John, the legend behind a piano and mic, was no stranger to addiction. He’d get as high as those rockets in his song.

It was reported, and later admitted by Elton, that he had a dangerous affinity for powdering his nose.

Elton John considered it an escape from his flamboyant lifestyle. He used the drug to unwind.

He unwound too much. He would have frequent seizures, nose bleeds, and periods of blacking out. His family and friends wouldn’t see him for weeks at a time while he was on a bender.

One of Addiction’s Most Famous Musicians

Ozzy Osbourne. An anomaly in music and medicine.

The man should be dead.

He was fired from his metal group, Black Sabbath, for drug abuse.

He’s sipped from more drug cocktails than humanly possible. Any ordinary person wouldn’t be alive today after experiencing a day in the life of Oz. He as an eclectic taste for alcohol, cocaine, barbiturates, opiates, and bats.

Singers, songwriters, and musicians expose themselves to a rainbow of drugs. Most of them don’t make it out of the career alive, but some do.

The most famous musicians don’t always escape their addiction, but they manage to walk away from the dangers.

Others, including Scott Weiland, weren’t so lucky.