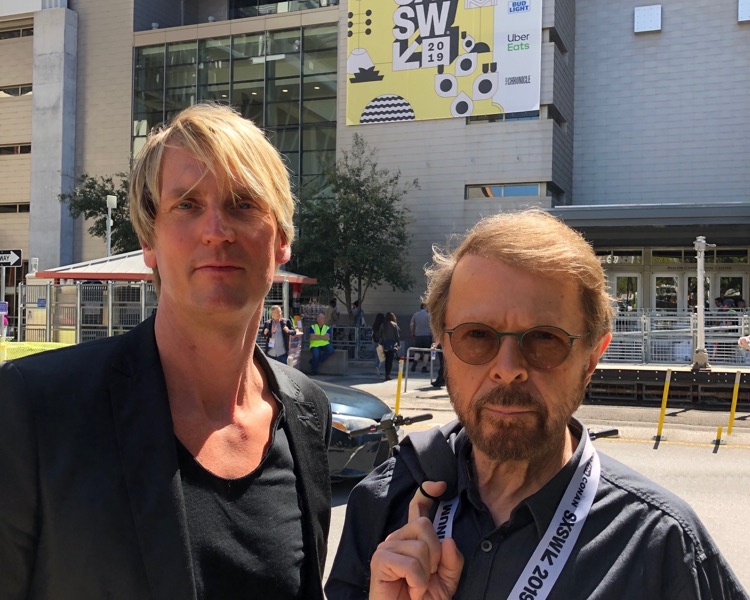 Let’s give these artists some credit.

Last week, a consortium of industry and artist associations banded together to underscore the importance of a “more robust and effective system of digital attribution and credits.”

In an announcement at the Hilton Hotel in Austin, TX, Molinder underscored the importance of starting the process of credits immediately.  That would explain the presence of Avid, which owns Pro Tools.

“I’m convinced that the best way to involve the creators in the data collection is as early as possible in the creation process,” Ulvaeus said during the unveiling.  “Session’s technology performs a short handshake with music society systems to authenticate creators and associate their vital industry identifiers with their account.

Also Read:  ASCAP Isn't Paying Their Own Songwriters — Top Executives Are Getting Paid on Time

“When a creator walks into a Pro Tools powered studio, their presence will be automatically detected and their identifiers, along with their typical contributions, can be easily added to a song.”

That approach is a far cry from the typical afterthought afforded to music metadata and royalty credits.

Instead, Session (formerly named Auddly) is taking a very aggressive approach by starting the credits process during the creation phase itself.  “The proof-of-concept sees Avid embedding Session’s technology into Pro Tools to automatically detect the presence of creators in the studio and allowing the addition of creator credits, contributions and crucial industry identifiers (IPI, IPN and ISNI) to a recording before it leaves the studio,” the company explains.

“Creator credits can easily be added to a song throughout the production process by automatically associating industry authenticated songwriters, musicians, producers and editors and their contributions.”

In other words: the credits for a song can be added before the song is finished.

“With Pro Tools software at the core of many of today’s music production environments around the world, the Avid team shares in the vision that all contributors to a piece of music or any audio work should be clearly identified, recognized and rewarded appropriately throughout the production and distribution process,” said Francois Quereuil, Director of Audio Product Management, AVID.

“We are particularly excited to enter a technology collaboration with Session and work with key players in the music industry to provide a durable solution to the challenges associated with capturing and recognizing creators’ credits in an increasingly complex digital world.”

But here’s the really exciting part: these credits aren’t just getting added to a local file.

Instead, they’re being automatically pushed downstream to managers, labels, music publishers, PROs, distributors and streaming platforms.   That aggressive push is mandatory for proper downstream payments, especially given the spotty distribution of metadata across the fractured music industry ecosystem.

The presence of Universal Music Group will also add some serious momentum to this initiative.  But Barak Moffitt, EVP of Content Strategy and Operations at UMG, says the two companies have been working together on metadata and credits for a few years.  “In addition to our own efforts, we have been working closely with Bjorn and Niclas for a couple years on the development of this platform as part of our commitment to a robust and effective crediting system for the benefit of the entire music ecosystem,” Moffitt relayed.

DDEX, the supply chain data standards organization, has also been toiling away on music metadata standards for years — if not more than a decade.   Accordingly, the creator credits metadata will travel downstream to various music industry players in the ‘DDEX RIN’ standard format.  That will include critical industry identifiers for songwriters (IPI) and performing artists (IPN), as well as the emerging ISNI identifier.

This creator identification information, along with their contributions to the recording and song, are assembled with the ISRC (recording identifier) and ISWC (composition identifier) codes.  That will enable downstream music platforms to improve their matching, payouts and even value-added features.

The initiative comes at a moment of serious frustration for the music industry.

With the ink dried on the Music Modernization Act (MMA), the industry is now arguing over an estimated $1.2 billion in unattributed ‘black box’ mechanical royalties being held by the likes of Spotify, Apple Music, and Amazon Music Unlimited.  And that’s just one piece of a gigantic black box whose size is estimated to be in the multi-billions.