Streaming Overtakes Physical In France for the First Time Ever 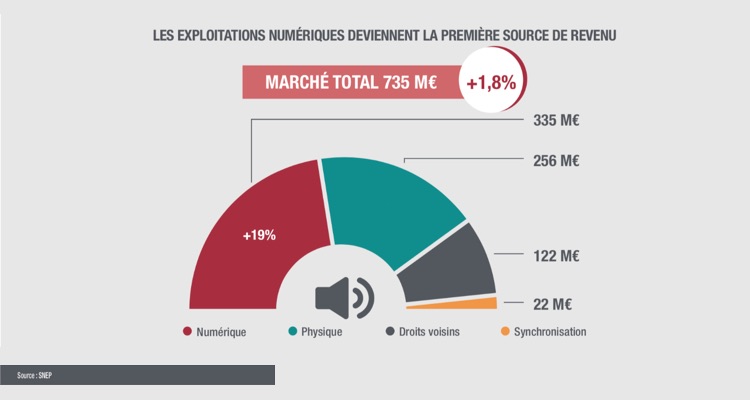 Total recorded music revenue in France was only €735 million ($833 million) last year.  But according to SNEP, that’s the equivalent of just 40% of the total turnover 15 years ago.

As you might expect, free listening on audio services and video on-demand platforms (like YouTube and VEVO) account for less than 10% of total revenues in the country.  SNEP reports that there were 57.5 billion audio streams in the country during 2018, which is a 35% increase compared to 2017.

Weekly listening figures peaked at 1.3 billion at the end of December 2018.

While the streaming music business is booming in France, CD sales still account for one-third of all physical and digital revenues in the country.

The country saw €256 million ($290 million) in physical music sales last year, thanks to more than 4,000 music outlets across the country.  Yes, they’re still standing — in fact, the prognosis is now pretty good for indie brick-n-mortar retailers.

This isn’t South Korea or Japan, though French music fans seem to be more willing to buy physical music.  The vinyl business is also instrumental in France’s focus on physical media. More than 4 million vinyl records were purchased in France last year, which is a five-fold increase over the last five years.

While physical media market share has dropped 4.7% since 2017, combined CD and vinyl sales remain stronger in France than most other European countries.