Cardi B Files a U.S. Trademark Application for ‘Okurrr’ 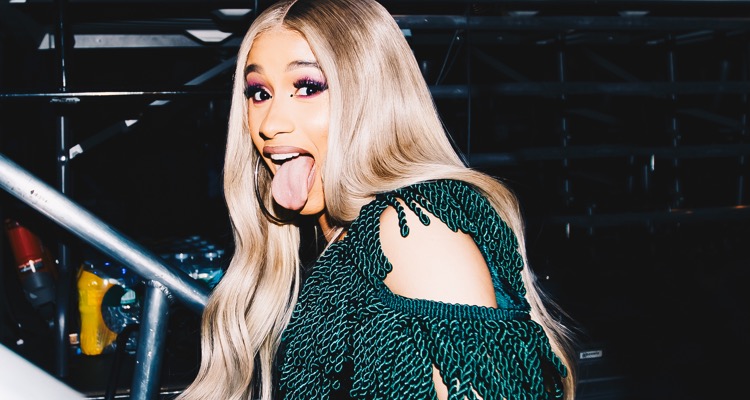 Cardi B has filed a trademark application to protect her distinctive “Okurr.”

The documents were filed by Cardi B’s company, Washpoppin, Inc., with the U.S. Patent & Trademark Office.

A series of trademarks were filed for the phrase, with the first intended for use on “paper goods, namely paper cups and posters.”

A second trademark for the phrase will be geared towards clothing, including t-shirts, sweatshirts, hooded sweatshirts, pants, shorts, jackets, footwear, and various other items.

The one-word quip has become synonymous with Cardi B throughout her career.  Pepsi decided to capitalize on “Okurrr” for their Super Bowl commercial this year.

The trademark filing isn’t that surprising — in fact, Cardi B seems rather late to the game.

Taylor Swift has regularly filed trademark applications for lyrics and other slogans under a holding company, even for phrases that are less unique.

Swift has specifically licensed the titles of her albums, singles, and lyrics from songs she planned to feature on clothing and other merchandise.  Trademarked catchphrases give artists the opportunity to capitalize on their success through merchandising, though Swift has been criticized for an over-the-top clampdown against ‘infringers’.

Swift has also been accused of mass-filing trademarks, a weaponized version of IP protection that may actually stifle innovation.

Cardi B has also been accused of liberally borrowing ‘okurrr,’ and simply popularizing a term that was already in use.

Aside from Swift and Cardi B, Beyoncé and Jay-Z have also trademarked the names of their newborn twins. David and Victoria Beckham did the same in the UK and the EU.

How much weight do these trademark applications hold?

The artist has to use the mark visibly on goods and services.  Beyoncé and Jay-Z discovered this detail the hard way after attempting to trademark their first born’s name, “Blue Ivy Carter.”

Jay-Z admitted in 2013 that the trademarked children’s names were a preventative measure.

“You don’t want anybody trying to benefit off your baby’s name,” Jay told Vanity Fair in 2013, while also noting that the trademark application “wasn’t for us to do anything.”

“As you see, we haven’t done anything.”