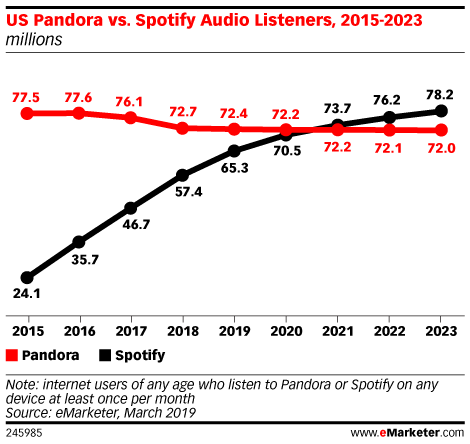 Sirius-owned Pandora has long retained the top spot as the most popular music streaming service in the US.  But that might be changing soon.

A new report from marketing analyst eMarketer suggests that Spotify will overtake Pandora as the most popular streaming service in the United States.

The same marketing firm reported that the transition would happen in 2022 last year, so this is bumping up the prediction by one year.

Pandora is estimated to have 72.4 million US listeners in 2019, down 0.5% when compared to 2018.  Pandora has been the most popular music streaming service in the US since 2000, but Spotify has slowly been gaining users.

Data from 2012 shows that Pandora had an estimated 67 million users, while Spotify only had around 5 million. Data suggests that Pandora’s user base already peaked around 2014, and will continue to lose new users to Spotify.

The data also indicates that by 2023, Pandora is likely to lose 9% of its current users.

Apple has done an excellent job of converting iPhone users to Apple Music, while Amazon Music has grown thanks to its smart speaker dominance and Prime tie-ins.  Spotify’s partnerships with companies like Samsung and Sonos have served to extend its user base as well.

By 2019, it is estimated that Spotify will have 65.3 million users in the U.S., a 14% year-over-year growth.  2021 estimates put Spotify’s user total at 73.7 million, which will surpass Pandora’s 72.2 million.  Smart speakers and smartphones have been one of the primary drivers of growth for Spotify’s platform.

Incidentally, Apple Music has already surpassed Spotify in the all important US-based subscriber category.  Non-paying users, by contrast, are far less valuable and coveted, though they’re great for bragging rights.

Breaking it down on a state-by-state basis, you can see that Spotify is already the most popular streaming service in most states. Pandora reigns supreme in most of the South, Alaska, Hawaii, and a cluster of states up north. 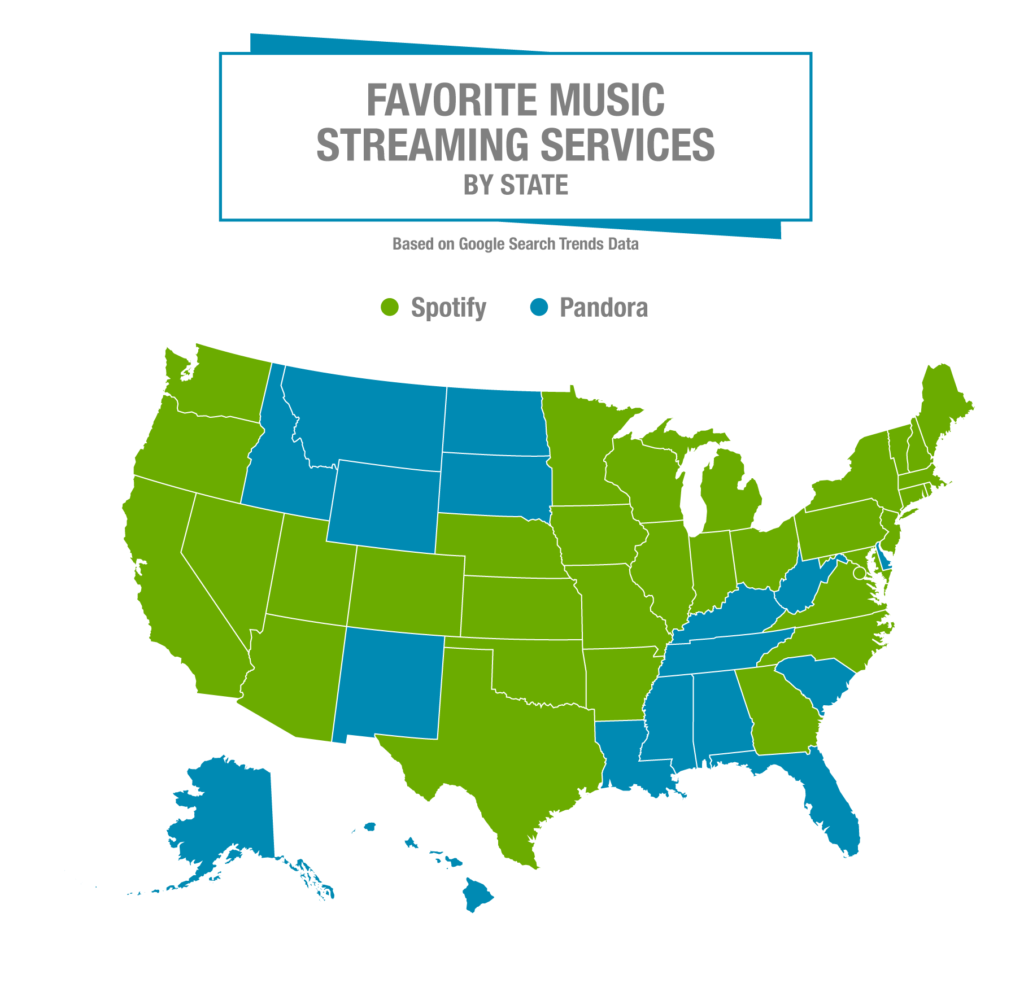 Spotify will likely continue leveraging partnerships with other companies to fuel their growth. The company has partnered with Samsung, Amazon, Google, and Hulu for bundled offerings.