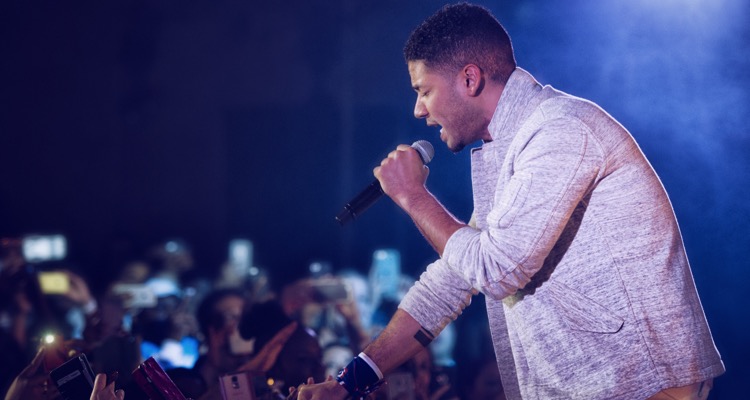 Chicago prosecutors have dropped all charges against Jussie Smollett just weeks after he was indicted on 16 felony counts for filing a false police report.

Why the sudden about-face?

Smollett arrived at a Chicago courtroom at around 10:30 on Tuesday morning for an emergency hearing.  After his court appearance, his attorneys released a statement saying that the actor’s “record has been wiped clean of the filing of this tragic complaint against him.”

His lawyers continue to allege that Jussie was attacked by someone he was unable to identify and that he is a victim.

“He was a victim who was vilified and made to appear as a perpetrator as a result of false and inappropriate remarks made to the public causing an inappropriate rush to judgment.”

Smollett’s lawyers go on to state that there should never be an attempt to prove a case in the court of public opinion. Smollett gave a brief press conference after his hearing, stating that he has been truthful about his account of events since the beginning.

In a slap on the wrist, Smollett has agreed to community service while surrendering his $10,000 bail.  At this stage, we have no information on why the case was abruptly dismissed, despite rather obvious signs of a fabricated attack.

Smollett was charged in February with felony disorderly conduct after Chicago police officers say Smollet orchestrated the attack on himself.  Police investigators noted that Smollett was unhappy with his salary on the hit TV show, Empire, and concocted the fake attack to boost his profile.

Chicago Police Department commander Ed Wodnicki said that the reversal of charges was a “punch in the gut.”

He also admitted that the prosecution did not discuss their decision prior to the announcement being made.

“For the state’s attorney at this point to dismiss charges without discussing this with us at all is just shocking.”

“This is without a doubt, a whitewash of justice and sends a clear message that if you are in a position of influence and power you’ll get treated one way, other people will be treated another way,” Emanuel stated.

Emanuel further lambasted Smollett, arguing that the self-serving actor had ‘dragged the city through mud’ for more than a month.  “Is there no decency in this man?” the mayor questioned.

Both men believe Smollet used hate crime laws to self-promote his career.  Johnson condemned Smollet’s team for choosing to hide behind secrecy and broker a deal to circumvent the judicial system.