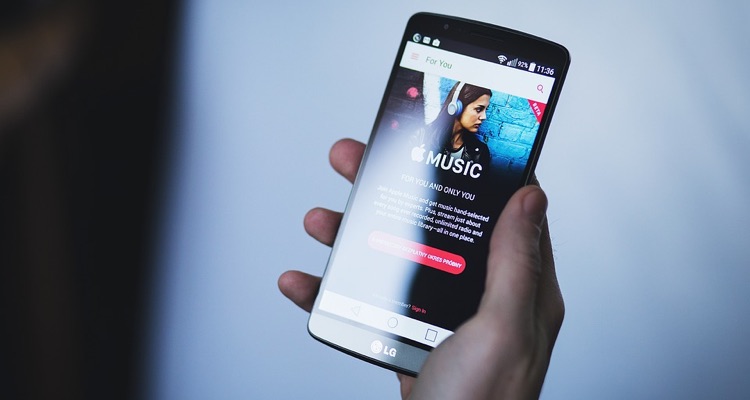 Apple surprised much of the world when it released Apple Music for Android, but now the company’s strategy is clear.

Apple is more focused on developing services alongside its hardware profile, and that means platform diversification.  Apple hardware continues to drive the sales of Apple’s new subscription-based future, but Android’s performance isn’t too shabby.

A new report estimates that Apple Music has achieved 40 million installs on Android devices, placing it on track for its best quarter yet.  Sensor Tower Store Intelligence released the data estimate. 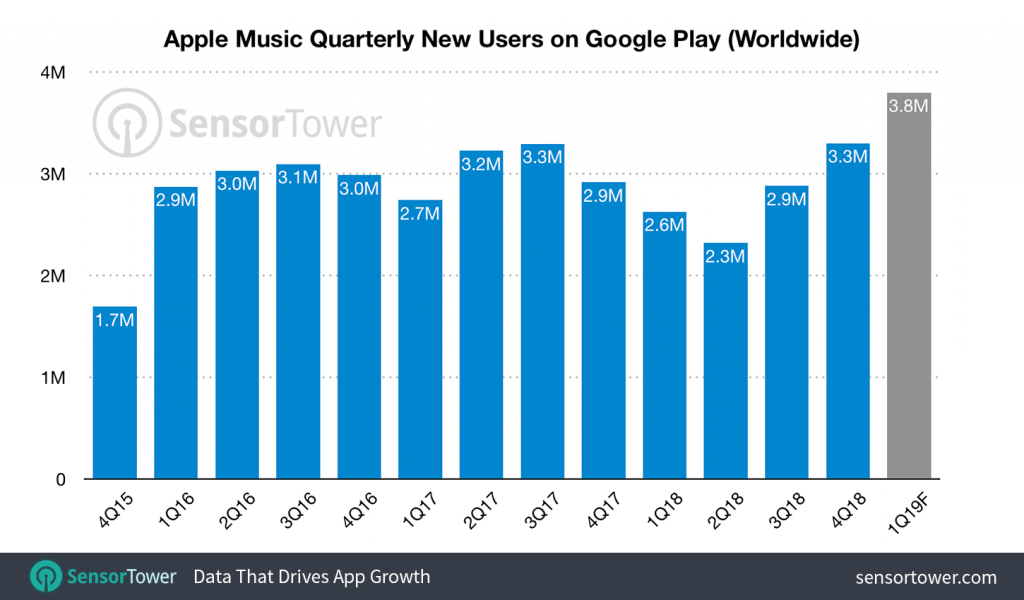 Apple Music saw a decline of Android users starting in Q4 2017, but the second quarter of 2018 marked a rebound point. Since Q2 2018, Apple Music has been continually adding new users each quarter.

The United States accounts for most of Apple Music’s growth on Android, with 28% of new installs.  India follows at 7% of new installs, with Great Britain, Brazil, and Russia rounding out the top five countries based on new installs.

The growth isn’t too surprising when you consider that Apple Music now has more paying subs in the United States than Spotify.  Meanwhile, Spotify has been working hard with hardware partners like Samsung to make it the default option for Android users.  But that hasn’t stopped Apple Music’s momentum on the platform.

Apple Music is currently the #25 ranked app in Google Play under the Music & Audio category.

The app has jumped up seven spots compared to its #32 position in February 2018.

Just last week, Apple unveiled several new subscription plans for news, games, and TV.  These new subscription services follow in Apple Music’s footsteps and give Apple more of a service ecosystem in line with competitors like Google and Amazon.