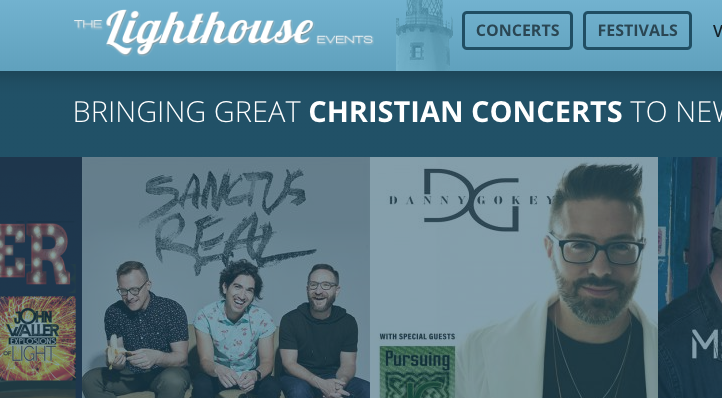 A Christian concert promoter is charged with defrauding over 150 investors of over $3 million dollars.

The Securities and Exchange Commission (SEC) filed a complaint with the U.S. District Court against The Lighthouse Events and its owner. The complaint said owner Jeffrey E. Wall used investor funds for other purposes than which they were intended. The complaint says Wall made promises and guarantees to investors that he had no intention to honor.

The Lighthouse Events website describes itself as a faith-based concert promoter for all of New England and beyond. Wall and his wife founded the company in 2008 and have organized 700 faith-based concerts and events. Some of their clients include the Oak Ridge Boys, Vertical Workshop, and Sanctus Real.

The SEC complaint covers a period from January 2014 to October 2018. The complaint says Wall raised over $3 million from around 150 investors during that time.

Wall told investors he would use the funds to promote and host Christian concerts and festivals. He also made claims that repayment of any investment “is 100% guaranteed.”

“Become a financial partner with our summer festivals. Help us spread the message of Christ plus earn 20% on your investment.”

The SEC says Wall used investor funds to cover Lighthouse’s existing debt and payments to early investors, rather than hiring new talent as he promised to investors. Wall failed to disclose Lighthouse’s deteriorating financial condition or short-term loan status to investors, too.

Instead of being frank about declining ticket sales, he continued to seek investors with promises of guaranteed returns. To date, the company has failed to repay $1.6 million in funds it fraudulently collected.

The SEC is seeking permanent injunctions, civil penalties, and disgorgement plus interest against Lighthouse Events.

Several complaints about the company appear on the Better Business Bureau website, some of which have responses from Wall.

One investor complains about being owed $25,000 from an initial $51,000 investment. Wall responded to this investor, admitting only 60% payment and blaming poor ticket sales.

“Ticket sales have been off this past year which has made it difficult to pay off the balance of the partnership. We are a Christian ministry, and we did not try to deceive anybody. We simply have struggled with ticket sales, making it difficult to stay current.”

Those comments are exactly the opposite of what Wall told investors when seeking funding.

“Without financial partners, we could not move forward booking artists so please know how much we value our investor team. To date, all our investors have been paid back 100% of the money invested.”

Some other details gleaned from the report show that Lighthouse Events was never really financially stable. Wall used a single company bank account to deposit all revenues and pay expenses. The company also has multiple court-ordered judgments against it, many from short-term lenders.