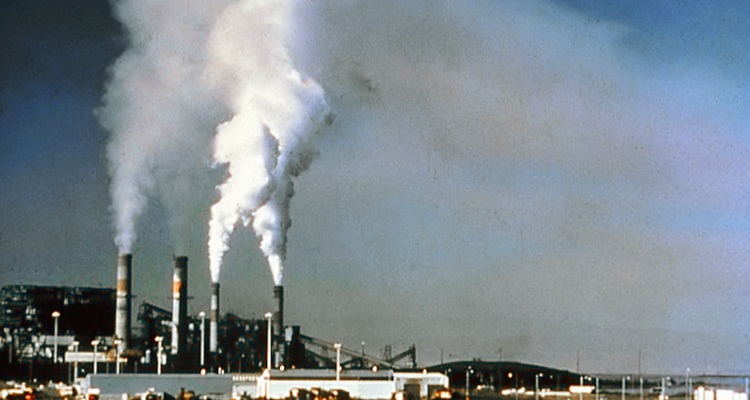 According to a new report, streaming music actually harms the environment more than other musical format.

A new study published by the University of Glasglow in partnership with media outlet The Conversation reveals that digital music platforms actually generate more pollution than phonograph cylinders, gramophone discs, vinyl records, cassettes, and CDs.  This is due to the amount of energy required to create, store, and transmit files.

A monthly subscription to streaming, meanwhile, costs around $9.99, 1% of the average weekly salary in the US.

While this seems beneficial economically, it actually harms the world environmentally.

Yet, when the industry shifted toward digital downloads, the number of plastics used dropped substantially.  In 2016, the US recording industry used just 17.6 million pounds of plastic.

Naturally, one would think the switch to streaming would reduce the physical use of plastic.  Thus, listening to songs on streaming music platforms would actually help the environment.

Three years ago, the equivalent of GHGs in the production of digital MP3 albums totaled between 440.9 million and 771.6 million pounds.

The actual number for streaming music from the clouds remains to be seen.  Yet, with its growing popularity, expect GHGs to spike.

You can view the published infographic below. 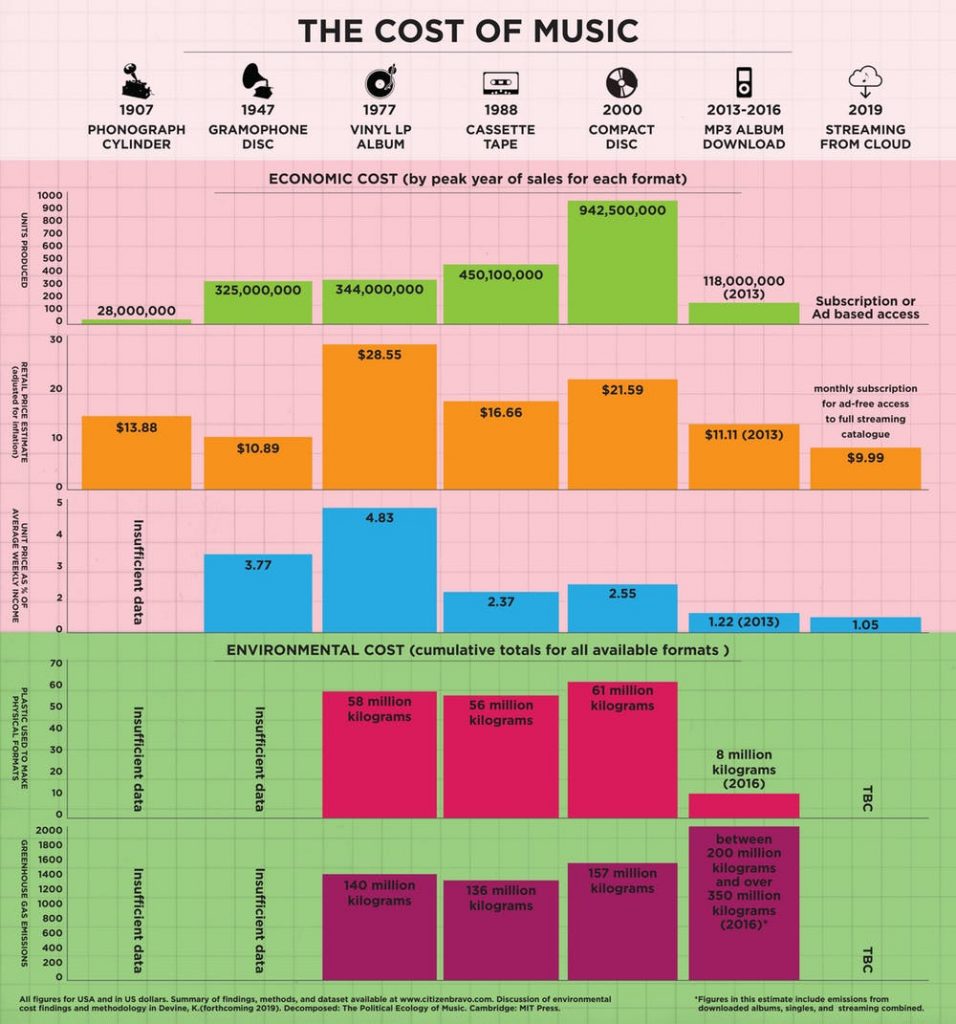