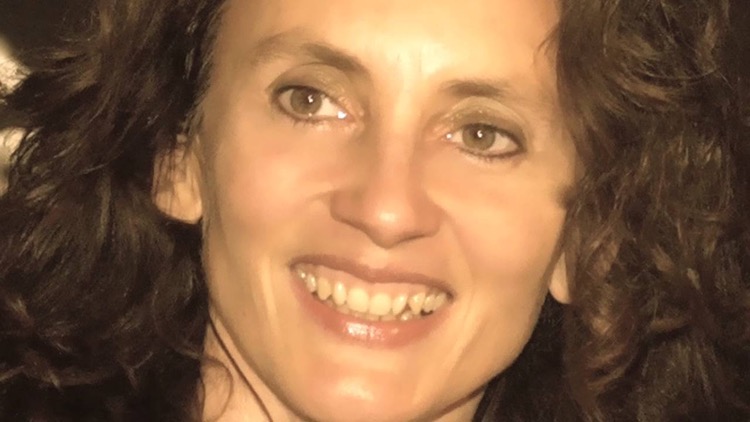 ‘Who will be chosen to collect and distribute billions of dollars in digital mechanical royalties?’

The following comes from Hélène Muddiman, an award-winning film/tv composer and founding member of influential songwriting group Songwriters of North America (SONA).  SONA is an ardent supporter of the major music publishers’ Mechanical Licensing Collective (MLC) bid, which is being formed in accordance with the Music Modernization Act (MMA).  Now, she’s breaking ranks and supporting opposing group AMLC; here’s her statement to the industry.

Time is running out!

This is a truly momentous time in the history of music copyright.

Fellow composers and songwriters, and those who rely upon us for their living, our Digital Mechanical Royalties are about to be collected by a new Mechanical Licensing Collective (MLC).  There are billions of dollars at stake already, and billions more as the future moves towards on-demand streaming platforms where mechanical royalties become big business.

It’s confusing, because not everyone may realize that there are two submissions vying for the job of the MLC, which will collect and distribute these billions of dollars.

The NMPA-led application actually calls itself ‘The MLC,’ but it is not yet the MLC.  The Copyright Office is asking for comments to help it decide whether to appoint the indie-led submission instead, called the AMLC (or American Mechanical Licensing Collective).

The Copyright Office could very well choose the AMLC if creators from around the world send in their comments to influence the decision before April 22nd (please use this link: https://www.regulations.gov/comment?D=COLC-2018-0011-0001).

So far, the NMPA’s MLC has not accepted an invitation to attend open ‘town hall’ discussions with the community alongside the AMLC.  But if you believe that the music community should have the opportunity to see the two, side-by-side, then the Copyright Office needs to hear from you the people.  We need roundtable debates to help educate our community so they can form opinions in a truly democratic fashion.

It’s a David vs. Goliath contest between the AMLC (a mix of international indie labels, songwriters, and music tech entrepreneurs) and ‘The MLC’ (i.e. the major publishers, the National Music Publishers Association (NMPA), SONA, NSAI, and others).

Before you dismiss the chances of the underdog, the AMLC, please first consider this: a rank outsider with an ethical, integrity-centric application called Dot Music has just won an historic victory to run the new music domain, .music, beating eight submissions from heavy-hitters including the likes of Google and Amazon.  It is entirely possible that, despite the NMPA MLC’s support from the major labels and the U.S. PROs, the Copyright Office could choose the AMLC because the AMLC:

• has fewer conflicts of interest, especially regarding the billions of dollars in the black box.

• has support from a diverse global community whose copyrights are under-represented by the NMPA’s MLC submission.

• includes expertise from tech companies that the majors have recently come to rely on for their metadata administration.

• has projected setup and running costs that are 1/5th of the NMPA submission’s estimated costs.

• is the only one who has committed to the Fair Trade Music principals.

I ask my colleagues in the music industry around the world to consider the story thus far when writing to the U.S. Copyright Office about who they would like to trust to collect their streaming royalties.

Since the last century, major music corporations have notoriously found ways to earn money that is not theirs, and therefore don’t have to share with any writers.

Even John Simson, former CEO of the non-profit SoundExchange, said in a Forbes article.

a) The Black Box contains royalties that have been collected, but have not been matched to the rightful copyright owner.

Unmatched Digital Mechanical (streaming) Royalties alone are estimated to amount to as much as $1—$2.5 billion.  This money is now sitting in an escrow account that will be distributed by the MLC!

Any “overages” or “breakage” (i.e. money the streaming company paid to the major labels that was more than they actually used) the majors get to keep!  This can amount to multiple millions of dollars that get lost in their books, is never accounted to, and never shared with any of their writers!

c) Until recently, the major music corporations owned shares in Spotify, so they didn’t sue them for copyright infringement!

The major music corporations helped Spotify build its business on the backs of creators. They were complicit in paying creators very low royalties, which inflated the value of the company.

This enabled major music corporations to make a killing when Spotify went public and their shares become worth about $650 million according to this breakdown.

This year, Sony and Warner Music, two of the majors, sold most or all of their equity in Spotify, just before the Copyright Royalty Board granted a 44% increase in the rate paid to songwriters!

Is it a coincidence that the majors owned shares in a company when their copyrights were worth little, and their shares were worth a lot — but now that they’ve sold their shares, Spotify is suddenly required to pay more for the use of the copyrights they control?

Last month, Spotify filed objections to try to prevent this dramatic increase in pay for songwriters. But the objections weren’t unanimous, with Apple Music deciding not to file a petition.  That suggests that streaming services have been getting away with paying at least 44% less than the true value of the copyrights they’ve been exploiting.

The NMPA’s MLC is led by the NMPA, SONA and the NSAI.  Together, these groups take credit for being the main architects of the MMA. This law provides that:

a) Publishers get 10 seats on the board and songwriters only get 4!

b) They can create another black box.

i.e., the MMA law gives the MLC the power to ignore the usual laws pertaining to money owed which would normally have to be accounted to the rightful owner or given to the state until it was claimed by the rightful owner.

c) Instead, $1-$2.5 billion in black box money can be distributed according to market share after one year.

Please remember that the majors have done direct licenses with streaming platforms, so it is unlikely that very much of this money belongs to major publishers or their writers.  Rather, it belongs to indie and foreign copyright holders, who were never licensed or whose metadata was corrupted or incomplete.

The NMPA used to own The Harry Fox Agency (the largest mechanical licensing agency).  For years, individual songwriters were not allowed to register to collect their royalties.  As a result, their royalties went into the black box, from which large corporations received it!

This only changed in 2015, when SESAC purchased HFA. This is a prime example of the NMPA’s disregard for helping the independent songwriter to collect their mechanical royalties.  There is no evidence that this has changed.

The success of the chosen MLC will depend upon the database it uses.  Since 2008, U.S. PROs, who support the NMPA MLC, tried to organize a Global Repertoire Database. But they failed, wasting north of £8 million (or $13.7 million in USD), according to an official white flag issued by PRS for Music.

The supporters of the NMPA MLC are now planning to spend between $25 million and $50 million each year on the creation of a centralized database because they want to control it.

In contrast, the AMLC is planning to spend 1/5th of this by interconnecting, verifying, and consolidating metadata in existing databases from around the world.

While, under the MMA, it is the responsibility of the digital services to pay the costs of running the MLC, including a database, these companies have demonstrated in the past that they will do all they can to find a way to place the burden of costs onto the songwriters and composers, instead of passing them on to the consumers or bearing the costs themselves.

Many think that these royalties are too insignificant to worry about. But they are failing to understand the significant power given to the MLC, which is responsible for matching billions in royalties.  The incumbent responsibility, power and leverage that involves is enormous.

Our industry must decide if we want already powerful corporations to dominate and siphon money into the black box, or if we prefer to create an entity that is more representative of the global creative community.  An entity that derives no benefit from placing anything in the black box, but prides itself on transparency, efficiency and Fair Trade music principals.

Please send your opinions about the future of your money and who should be trusted to collect and distribute Digital Mechanical Royalties to https://www.regulations.gov/comment?D=COLC-2018-0011-0001.