The Radio Disney Music Awards are Getting Rebranded as ‘The ARDYs’: “Families and Kids Really Hate Awards Shows” 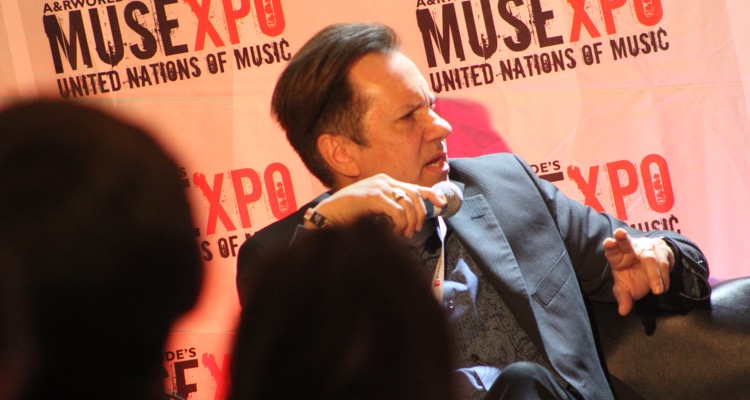 Disney isn’t ditching its longtime awards show.  But the entertainment giant seems to be stripping out some cliché features.

For starters, the ‘Awards’ name is getting flat-out dropped.  According to the entertainment megalith, the ‘Radio Disney Music Awards’ will now be called the ‘ARDYs,’ with a more ‘celebratory’ and ‘inspirational’ tone.  The first ARDYs is happening on June 16th.

The shift was first mentioned by Disney executive Phil Guerini, who oversees music for a vast number of Disney properties.

He’s also GM of Radio Disney, a network that has undergone a tremendous downsizing and transition over the past few years.  “We’re changing the name of the Radio Disney Music Awards to ‘The ARDYs, A Radio Disney Music Celebration’,” Guerini confidentially tipped late last month at Musexpo in Burbank, CA, ahead of a formal announcement this Friday (April 19th).

According to Guerini, the death of the Radio Disney Music Awards is rooted in demographic research.  “This is after extensive research that tells us that families and kids really hate awards shows,” Guerini said at the industry forum.  “There are really some fascinating insights that we’ve learned from that audience.”

Among the biggest changes: the ARDYs will be broadcast live, instead of staggered across various time zones like the Grammys.  The Grammy’s three-hour, coast-to-coast delay has been criticized as antiquated, especially since fans can check the winners instantly on platforms like Twitter.

Accordingly, Disney is mass-blasting the live event at 8 pm EST on the Disney Channel and via DisneyNOW, with a simulcast on Radio Disney stations.

Disney star Sofia Carson, inked to deals with Hollywood Records and Republic Records, will be hosting the 2019 ARDYs.  Carson has been established by the Disney Channel’s Descendants and Freeform’s Pretty Little Liars: The Perfectionists.

In terms of the show format, Disney appears to be crowdsourcing some of the segments.  On May 20th, the entertainment giant is planning to solicit input across its DisneyNOW app, the Radio Disney app, and online.

At this stage, we’re not quite sure if shiny awards will be handed out.  Guerini was pretty vague on that topic, using platitudes like ‘next-level celebration’ and ‘entertain and inspire’ to describe the show.   “We’re creating a next-level celebration of music to entertain and inspire families and over the next many weeks, we’ll bring our fans into the celebration planning, getting their opinions during pre-production and bring it all to life, live, during the show,” Guerini offered.

In terms of sponsors, several huge names are already on board.  Chrysler, Nintendo, and Kraft are already committed as lead advertisers, with kids and families the obvious target.

Meanwhile, the Recording Academy, which hosts the Grammys, is likely to be scrutinizing the shifts.

Despite being the industry’s largest awards showcase, the Grammys are suffering serious rating drops as its format continues to age.  Drawn-out speeches, closed-door judging, and lengthy performances don’t seem to cut it anymore, and Disney appears to be getting the memo.