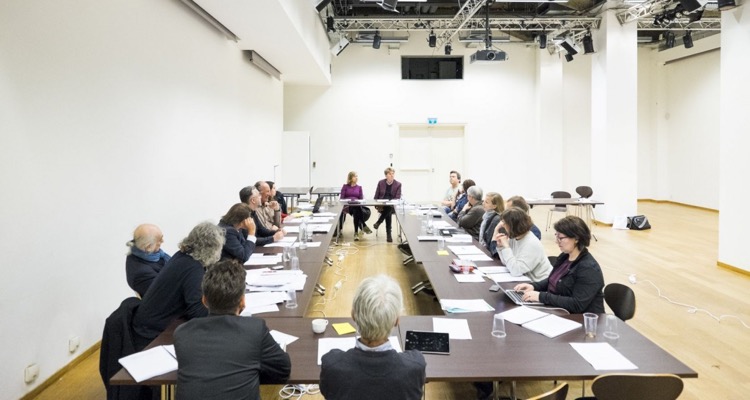 Members of the 50,000-strong European Songwriter & Composer Alliance (ESCA) have solidly thrown their weight behind the American Mechanical Licensing Collection (AMLC) in its bid to lead the MLC.

The influential European Songwriter & Composer Alliance (ESCA) has strongly backed the American Mechanical Licensing Collective, or AMLC, in its bid to oversee the US-based Mechanical Licensing Collective.  The strong endorsement also included a sharp rebuke of the NMPA-submitted MLC proposal, which is backed by major music publishers and larger indie pubs like Downtown Music Publishing and Reservoir Media Management.

In an official statement, the group unequivocally backed the AMLC:

Together with many of its members, the European Composer and Songwriter Alliance (ECSA), which represents over 50,000 professional composers and songwriters in 26 European countries, supports the American Music Licensing Collective (AMLC)’s proposal and considers that it is the sole collective capable to meet the challenges of adequately identifying and remunerating all songwriters for their works in full independence.

First of all, the AMLC has excellent administrative and technological capabilities, notably regarding ownership identification, matching and claiming process as well as a well-functioning database of musical works. In comparison with the National Music Publishers’ Association (NMPA)’s Proposal, the AMLC’s proposal is also the most independent and best placed entity to collect and distribute royalties, including unclaimed accrued royalties.

The ringing endorsement comes with heavy criticism for the National Music Publishers’ Association, or NMPA, which represents the interests of major publishers like Sony/ATV, Warner/Chappell, Universal Music Publishing Group, as well as a number of larger indie publishers and rights owners.

In its rebuke, the ECSA slammed the NMPA-led ‘industry consensus’ group for harboring serious conflicts of interests, while expressing little confidence that overseas publishers would be properly paid.

In conjunction with the certain MMA provisions (that supersede State Property Laws), entrusting the NMPA as the collective would de facto lead to a major conflict of interest since major publishers would have no interest in duly identifying songwriters and distributing the “black box” royalties to them since they would profit from unclaimed increased royalties (distributed according to market shares only). As a result, entrusting the NMPA with the MLC can only lead to further concentration and a lack of diversity in the music sector, leaving the international independent songwriters and their huge repertory behind.

“It is worth recalling that the MMA provides that ‘all copyright owners shall have their royalties distributed fairly and no copyright owner may receive special treatment as a result of their position on the Board, its committees, or for any other reason without a reasonable basis,'” the ECSA statement continued (italics by ECSA).

ECSA also criticized the NMPA’s decision to heavily weight their MLC board with publishers instead of songwriters.

“Furthermore, in comparison with most continental Collective Rights Management Organizations (CMOs) in the EU – which are both exercising performance and mechanical rights, where songwriters hold approximately a two third majority on the boards, the MMA establishes that the MLC Board shall consist of 10 representatives of music publishers and 4 professional songwriters. Such an imbalance is already detrimental to all music creators,” the group statement continued.

“Designating the NMPA Proposal as the future MLC could only further exacerbate those concerns as well as the representation of US right holders in the EU.”

In the end, ECSA seems solidly convinced that the NMPA-led MLC means no money for foreign rights owners.

For all those reasons, ECSA believes that the US authorities shall support the AMLC as the only non-conflicted, trustworthy organization with the proper checks and balances to ensure every songwriter one is paid what he deserves and that international songwriters are adequately represented in the decision-making process.

The ECSA endorsement follows a period of hesitation by the Recording Academy.

The influential Academy, which oversees the Grammy Awards, ultimately sided with the NMPA-led MLC, but urged a closer examination of black box royalty resolution processes.

The Digital Media Association, or DiMA, has yet to endorse either group, but noted that the NMPA’s MLC budget is multiples larger than the AMLC’s proposed outlay.  The NMPA is also calling for a massive staff of 55 employees, while the AMLC is calling for a staff of 11.