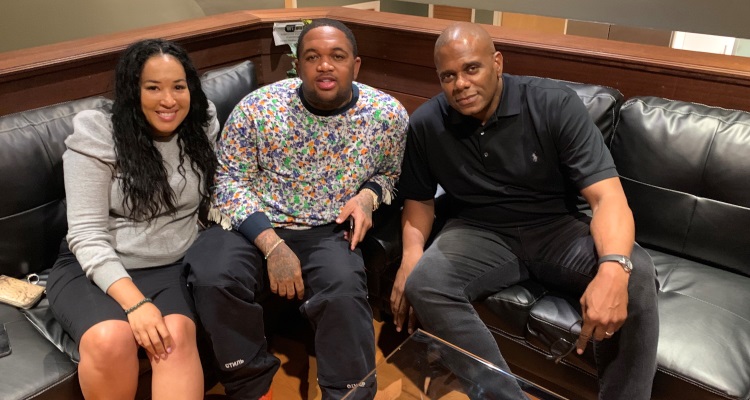 The new deal marks the first big signing since Jon Platt joined Sony/ATV as chairman and CEO. Mustard won Best R&B Song at this year’s Grammy Awards for his work on Ella Mai’s hit ‘Boo’d Up’.

Mustard — born Dijon McFarlane — has established himself as one of the hottest talents in R&B and hip-hop.  His work includes a number of worldwide smashes, including Big Sean’s ‘I Don’t Fuck With You,’ Rihanna’s ‘Needed Me,’ and Lil Dicky and Chris Brown’s ‘Freaky Friday’.

Mustard also worked with YG on his debut album My Krazy Life, helping the rapper write and produce the release.  The album quickly became a chart-topper.

Mustard is also one of the main producers of an upcoming album from Meek Mill and Nipsey Hussle.

That promises to be a heavily-hyped album given Hussle’s untimely death and heavily-celebrated legacy.  Mustard will also serve as the executive producer for YG and Ella Mai’s next albums.

Sony/ATV head Jon Platt lauded the new deal, saying Mustard’s talents underpin some of the biggest artists in the industry.

“Jennifer [Drake] and I are excited to welcome him to the Sony/ATV family and look forward to what is shaping up to be a significant next phase of his already successful career.”

Mustard’s creative talent and reputation as a hitmaking producer obviously led to the signing, though the producer/DJ aims to further build his considerable catalog at Sony/ATV.

“Happy to join Jennifer and Big Jon at Sony/ATV where I already have friends in the building and have seen the good work they can do with my music. “