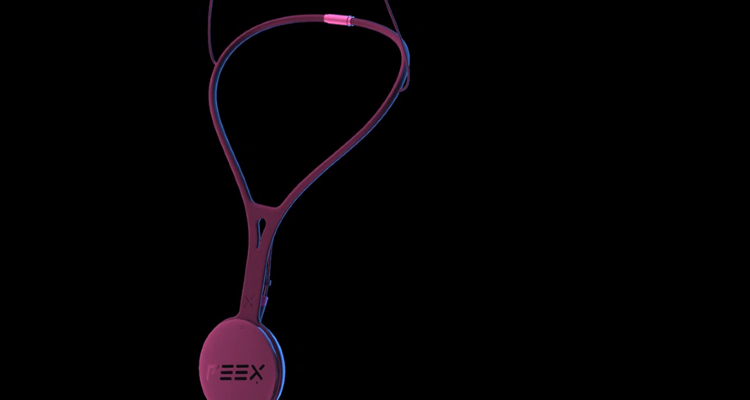 After its launch in the United States last May, live concert wearable Peex is headed to Europe with Elton John’s farewell tour.

Peex is a tech start-up that allows concertgoers to create their own audio mix of live shows.   The wearable launched in the United States last May, allowing users to create a five-channel mix of live concerts.  The technology uses a live concert wearable called the rX and a companion app.

The rX will be available to rent at €10 per show for select dates during Sir Elton John’s European tour.

The first available tour date with rentable rX devices is the May 1st show in Vienna.  Peex will also have rX devices available at shows in Poland, the Czech Republic, Germany, the Netherlands, Denmark, Sweden, Belgium, Norway, Italy, France, Ireland, Spain, Switzerland, and the UK.

“Feedback from the US leg of Elton John’s Farewell Yellow Brick Road tour was overwhelmingly positive and we are now pleased to take the next step in offering PEEX to European fans.”

Hamelink says the special introductory price is to attract fans who want to experience a more enhanced show. Elton John says Peex has been instrumental in providing his fans “the best possible performance.”

“Over the last four years I’ve been working with the talented team at Peex, who have developed an incredible new technology that will revolutionize the way fans listen to live music.”

According to the company, the official European launch comes after years of development and testing at over 80 live shows across 15 venues in the United States.

Now, there’s only one question remaining: will concertgoers use the device?

Given the backing of Sir Elton John himself, this is a fairly good test of the device’s appeal to fans.  But the ‘naked ear’ experience is also a thrilling way to hear music live, and it’s unclear if fans want to ‘upgrade’ on that ‘existing technology’.