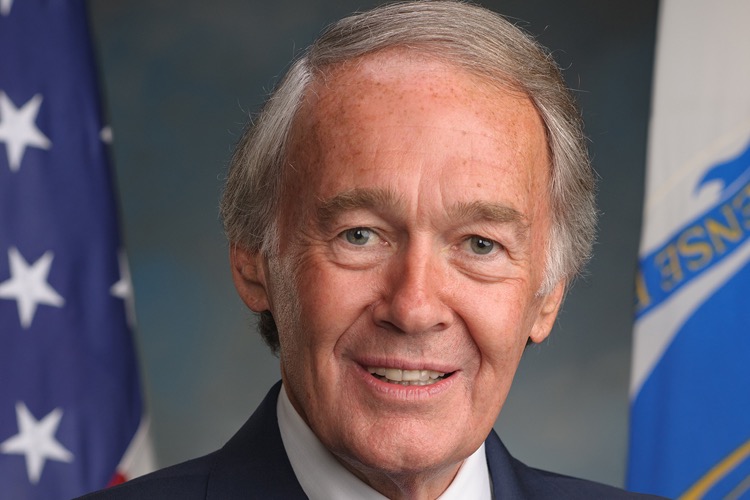 For those that haven’t lost faith in the American political system yet, there’s this.

Senator Edward J. Markey (D-Mass.) was apparently an ardent co-sponsor of the Music Modernization Act last year.  Markey not only signed the bill as part of the Senate’s unanimous vote, he also pushed the bill as a co-sponsor.

Just don’t ask him to recall any of those important details, however.

Here’s what happened when a music industry executive wrote Markey with a question related to post-MMA implementation details (and of course shared the results with DMN). 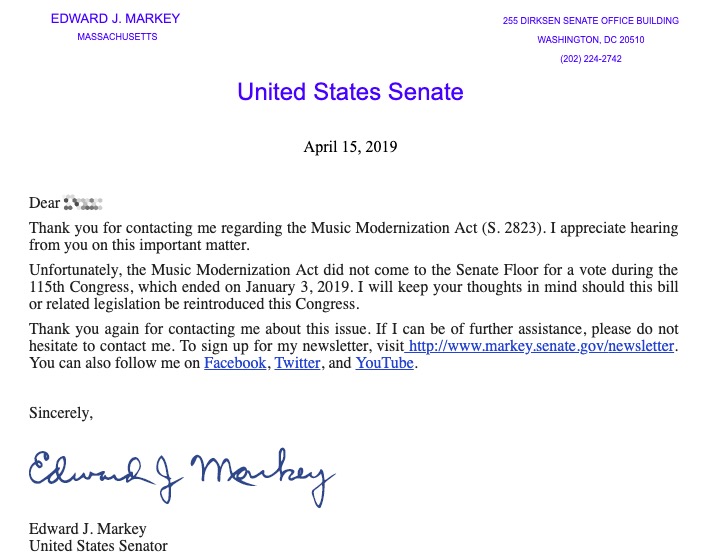 Of course, the Music Modernization Act was passed into law last year after receiving unanimous support in both the House of Representatives and the Senate.

The final bill, dubbed the ‘Orrin G. Hatch-Bob Goodlatte Music Modernization Act,’ was officially designated as H.R. 1551 when signed by President Trump.  That may have thrown off a confused Markey staffer, who probably cross-referenced the bill to the older Senate version and then robo-signed the above letter.

Also worth noting is that the final bill was fast-tracked in the Senate, which may have further confused the authors of this befuddled letter.

That’s partly humorous, though also a bummer for anyone hoping to influence important post-MMA items among members of Congress.  That includes important next steps related to the Mechanical Licensing Collective, or MLC, which is now a major focal point for the industry on Capitol Hill.  Currently, major publishers and larger indies, represented by the National Music Publishers’ Association (NMPA), have filed an ‘industry consensus’ MLC bid against the upstart American Mechanical Licensing Collective, or AMLC.

The face-off has created sharp divisions within the industry, both within the U.S. and abroad, especially over issues related to black box royalty claims and distribution.

But that face-off now seems to be the exclusive focus of the U.S. Copyright Office and Register of Copyrights, with Senators like Markey moving on to other topics.  If they even remember the previous ones anymore.