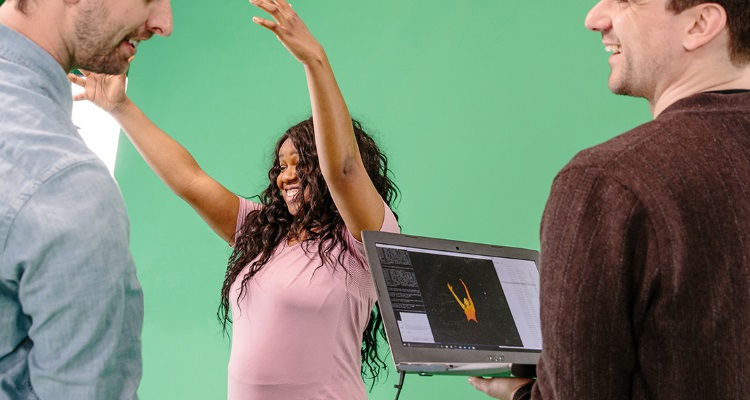 R&B artist NAO teamed up with Microsoft to use machine learning and artificial intelligence for an interactive music video.

NAO says she was so moved by the Saturn’s Return theme in astrology that she wanted to create a deeply personal experience. Her song ‘Orbit’ served as the perfect backdrop for the new AI driven music video.

“‘Orbit’ is one of my favorite songs I’ve written. The idea of leaving the world for a moment to take stock of everything I’d done and could do was something I felt strongly. So with the video, I wanted to do something a bit different; something that matched the epic nature of the song.”

To bring fans along on her intensely personal experience, NAO teamed up with Microsoft for the music video. The creative process involved a painstaking process of volumetric capture.

NAO spent a day at Microsoft’s volumetric capture studio in San Francisco, where cameras captured her dancing. She performed the choreography to ‘Orbit,’ with each point of light turned into data that can display personalized constellations.

Technologists ran this real-life data on stars through Microsoft’s Custom Vision Services until the algorithm found the individual constellations. The digital destination allows visitors to input their birthdate to display the appropriate constellation.

Fans can also adjust the colors of the sky and stars, along with the star density as the two dancers move as one. The AI also identifies different constellations in the dancer’s body, highlighting the visitor’s own astrological sign.

“Using technology and choreography are both new to me, so a lot of thought and hard work has gone into this video experience. I hope it brings the subtext of the song to the surface and offers a new perspective on the process a lot of people around my age—in fact, a lot of people of all ages—are going through. Leaving the old you behind and starting a new journey…”