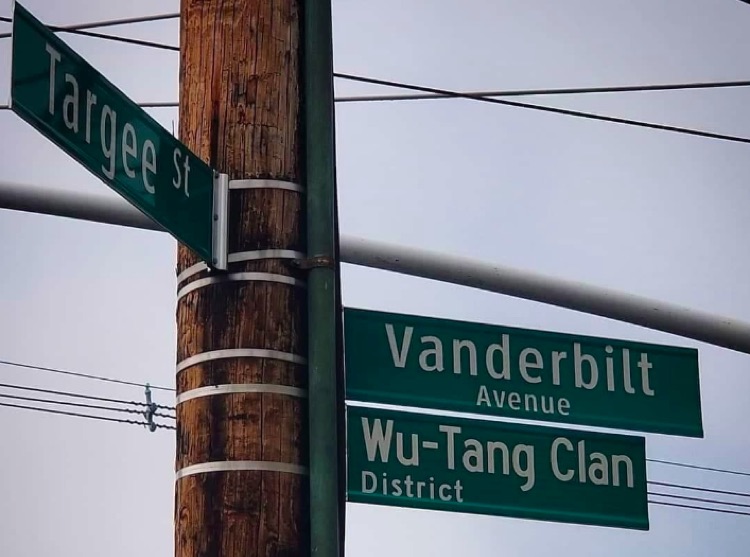 The Wu-Tang Clan, arguably Staten Island’s greatest cultural export, has now been honored with a dedicated neighborhood district.  In a presentation this weekend (May 4th), the borough’s Park Hill neighborhood has been renamed ‘The Wu-Tang Clan District’ in honor of the legendary rap collective.

The decision to rename the neighborhood was first announced by the New York City Council in December of last year.  The vote was unanimous, and applauded by Staten Island residents.  Now, the name-change is official, with official street signs and placards marking the transition.

Most notably, a new street sign has been clamped onto the intersection of  Targee Street and Vanderbilt Avenue, in the heart of the newly-named section.

“This is a great day where we have an opportunity to honor our own hometown heroes, the young men who put Staten Island on the map internationally,” Staten Island Councilwoman Debbie Rose declared, according to the Staten Island Advance.

“They overcame all types of challenges, to not only become rap artists and hip-hop artists but to inspire and challenge the music world.” 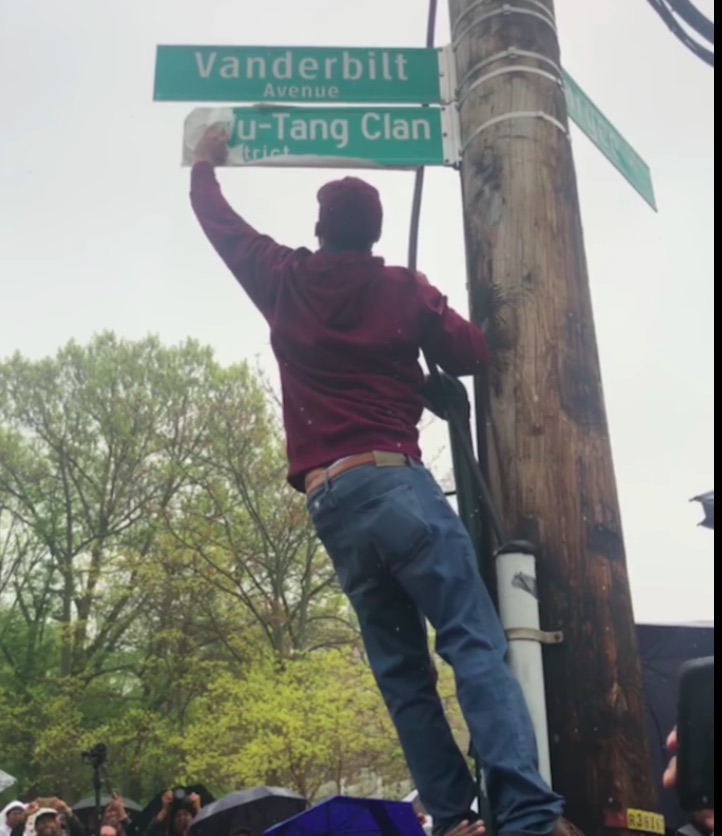 But those solo forays never killed the core group.  Accordingly, a number of Wu-Tang members were on hand for the rainy celebration on May 4th, including RZA, Raekwon, Ghostface Killah, and Cappadonna.  Wu-Tang member Ol’ Dirty Bastard (aka Russell Tyrone Jones), who died in 2004, was represented by his surviving son, Bar-son Jones.

Incidentally, the Staten Island Advance’s coverage includes lots of pictures of the rainy event, held on May 4th.  The ceremony included a number of speeches, performances, and presentations, as well as an after-party celebration in the newly-minted neighborhood.

The celebration coincides with the group’s 25th anniversary, which includes a smattering of reunion tour dates.