Groundbreaking Metadata Alliance Announced Between Music, Film, TV Industries — “This Partnership Will Have a Truly Significant Impact on Rights Holders” 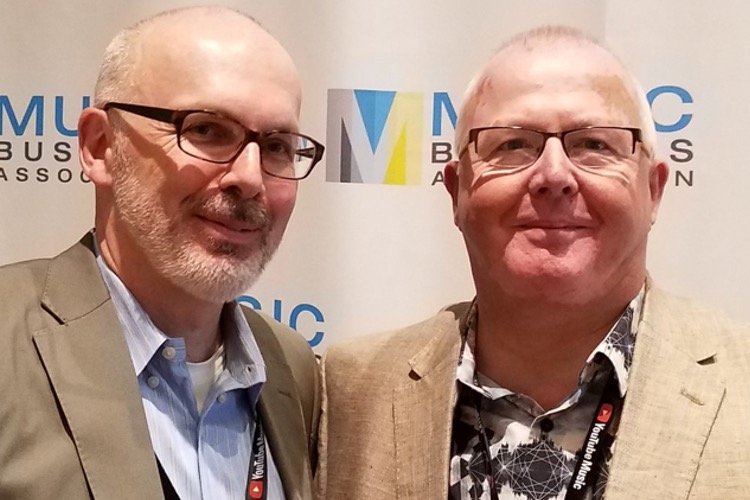 A cross-industry metadata alliance could loosen millions in unmatched music royalties from films and TV series.

The music industry is notorious for its disastrously disorganized metadata and billions in unmatched royalties.  But despite extremely contentious accusations of incompetence and outright fraud, a number of companies are potentially forcing accountability through tech solutions.

That includes companies like Exactuals, which is matching unclaimed royalties with AI; Session, which is aiming to incorporate metadata into the production process flow; and Paradise, whose CEO envisions a future in which 97% of all ‘black box’ royalties are matched to their proper owners.

This week in Nashville, there’s been another hopeful development.  That’s where DDEX, a metadata standards-setting consortium for the music industry, joined forces with Entertainment Identifier Registry (EIDR), a similar consortium that focuses on establishing uniform, unique universal identifiers for film and TV assets.

Given the growing importance of sync licensing within movies and TV series, the partnership means better matching across the related media categories.  And, more revenue for artists and rights owners focused on audio-visual licensing.

This is a messy alignment job that could unlock millions — if not billions — in long-term music royalties for artists and rights owners.

According to the groups, the immediate focus will be on resolving universal identification and tracking issues, including those related to cue sheet standards, determining a common language to express the relationships between visual media and sound recordings, and ensuring that metadata about music in films and TV programs is appropriately robust to properly track usage.

Sounds immensely Herculean, though immensely rewarding to the right data-obsessed workhorse (of which there are many in the music industry).

“With the massive success of film soundtracks like A Star Is Born and Bohemian Rhapsody, alongside the explosion of music usages in TV and film, it simply makes sense for the music and visual industries to collaborate on establishing a common language,” said Mark Isherwood, Secretariat of DDEX.

“The ultimate goal is always to get rights holders paid fairly in the most efficient way possible.  This partnership with EIDR will go a long way toward ensuring exactly that.”

A Star Is Born and Bohemian Rhapsody are just two examples of music-themed visual productions that have exploded.  But in most cases, the biggest TV series and films aren’t specifically about music, but simply couldn’t exist without the right soundtrack.

But are all those artists, publishers, and labels getting paid for those uses?  Sometimes yes, other times no, though the volume of sync licenses appears to be increasing.

Just last week, Florence + the Machine scored a brand-new Shazam recognition record for ‘Jenny of Oldstones,’ featured in HBO’s Game of Thrones.  That usage was obviously recognized — in more ways than one — and billions in new production capital from HBO, Netflix, Hulu, Disney, and others can only mean more sync money ahead.

All of which makes the DDEX+EIDR partnership even more critical.  “Music synchronization is an inseparable part of film and TV production,” said EIDR Executive Director Will Kreth.  “This partnership will have a truly significant impact on all rights holders.”

“It may seem trivial to agree on standard IDs and common wording, but you can’t effectively measure or monetize what you can’t easily identify — and the truth is, even small inconsistencies can hold up payments of sync rights.  We are excited to work with DDEX to make the whole process more efficient on all sides.”