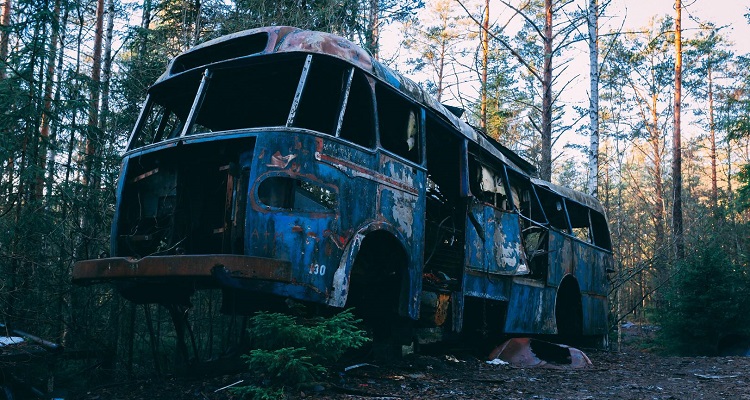 Shortly after the start of the New Year, Woodstock 1969 co-founder Michael Lang confirmed that he was working on a three-day festival to honor the 50th anniversary of the original event.  The new festival, dubbed Woodstock 50, would take place at Watkins Glen in New York on August 16th, 17th, and 18th.

Tickets would promptly go on sale in February.  Unlike other major festivals, Lang strangely refused to announce the event’s lineup.  He only claimed that more than 40 performers were booked.

In addition, Woodstock 50 had the backing of important key players in the live concert industry.  Dentsu Aegis-owned Amplifi Live would provide the funding.  Superfly would produce the event.

“It’ll be an eclectic bill.  It’ll be hip-hop and rock and some pop and some of the legacy bands from the original festival.”

Then, in March, Lang finally unveiled Woodstock 50’s lineup.  Spending $30 million of Dentsu’s cash, he had reportedly secured Jay-Z, Chance the Rapper, the Killers, and Miley Cyrus, among others.  Lang had also pushed the official ticket sale date to Monday, April 26th.

“Woodstock 50 has delayed its on-sale while we refine logistical plans for what we anticipate will be an amazing Festival in August at Watkins Glen, New York.”

The true story behind the highly-anticipated ticket sales delay soon emerged.  Lang and his team had reportedly filed for the necessary permit much later “than [organizers] would have preferred.”  In addition, they had quietly lowered the number of expected attendees to 75,000.

Lang and his team had erroneously chosen Schuyler County as the festival site, home to only around 18,000 residents.  Organizers had apparently become concerned that the Watkins Glen International Speedway couldn’t accommodate a 100,000-person festival.

Then, in a surprise move, Dentsu Aegis officially pulled the plug on Woodstock 50.  Amplifi Live had reportedly provided financial backing for the festival under the condition that at least 100,000 people would show up.  Watkins Glen only has a population of just under 2,000.

Shortly before Dentsu’s announcement, The Black Keys abruptly dropped out of the event.  Their managers cited ‘a scheduling conflict.’  Yet, a source close to the event soon revealed,

“[Their managers] are very smart people and they don’t just walk away from things.  That’s not just a booking mistake or [a conflict like] Patrick’s kid has a play that weekend.  Something deeper happened.”

The new hire didn’t persuade others to stick around.  Soon after, Superfly backed out of the event.

The major entertainment company, which has co-produced popular festivals including Bonnaroo and Outside Lands, knew what Dentsu Aegis had figured out – Woodstock 50 just wasn’t happening.

In full panic mode, Lang pleaded with Live Nation, AEG, and C3 for help.  His team had begged for a $20 million investment to keep the festival alive.

They promptly told Lang and his team, “No.”

Now, Lang has made his final Hail Mary pass.

According to Lang, CID Entertainment will now produce the music festival, taking over for Superfly.

There’s just one problem – CID has yet to confirm this news.

Lang soon went on a “media blitz” with over half-a-dozen publications to ‘confirm’ Woodstock 50 will happen.

To keep the festival alive, however, the music event will need another $30 million by this Friday to hold the three-day concert in August.  Keep in mind he’s already spent $30 million of Dentsu’s cash to ‘secure’ headliners, most of which have already pulled out.

The misspent cash and his own business failures apparently don’t matter to Lang.  In a letter sent to Woodstock 50’s original investors, he told Dentsu Aegis,

“Honor the law and your obligations, stop interfering with our efforts to put on this wonderful event, and return the $17 million you improperly took.”

In addition, Lang and his new attorney have launched a new claim against the Japanese firm.  Amplifi “illegally swept approximately $17 million from the festival bank account.”

“We also have evidence that Dentsu representatives have gone so far as to say that should the talent back out of Woodstock, they would be seen favorably by Dentsu and that this could result in their performing the 2020 Summer Olympics in Tokyo, where Dentsu is a major organizer.  In these actions too, Dentsu has acted not only without honor, but outside of the law.”

According to several talent agencies as well as top agents, major artists had signed with Amplifi Live, not Woodstock 50.  Thus, Dentsu’s cancelation nullifies their contracts.

In addition, Lang and his team still haven’t secured a mass-gathering permit for the festival.

“Further, tickets cannot go on sale for an event prior to obtaining a mass gathering permit, which has still not been granted.  Beyond that, we stand by our original statement that we made last week.”

Top agencies and music agents are now waiting until after this Friday – when Michael Lang won’t receive another $30 million to save Woodstock – to officially pull out their artists from the event.