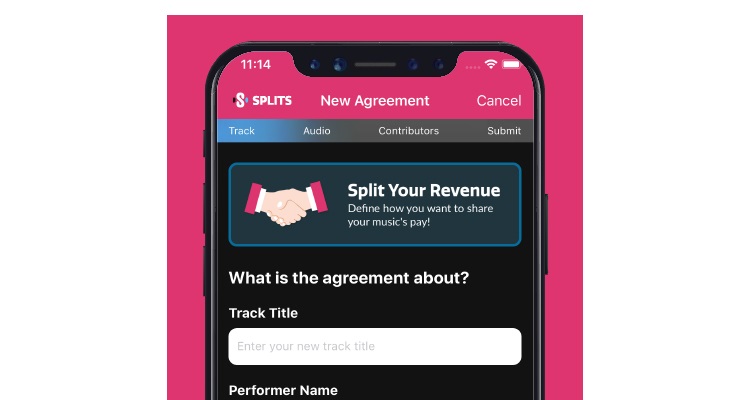 The Los Angeles-based start-up says the Splits app makes it possible for songwriters to generate a split agreement to clarify contributions to songs. Writers can open the Splits app to create a new agreement, add collaborators, and set the contribution percentage.

Splits automatically notifies collaborators about the agreement, along with a snippet of the song. Collaborators can agree to the split or make adjustments as needed. Once all parties agree on the terms of the division, the app sends the Splits Agreement to the writers’ publisher.

Co-founder Alexandre Williams says he came up with the idea for the app as a non-confrontational way to handle disputes before they happen.

Williams says they’ve had to deal with incomplete song credits and disputes for years, which means fewer royalties for everyone involved.

“We’re introducing Splits to the creative community as an easy, non-confrontational way for creatives to agree upon songwriting contributions at the time of creation, all with just a few clicks right from the screen they spend the most time on every day – their phones.”

The idea is to reward songwriters for their contribution to a song and avoid headaches about disputes between collaborators later on. Some writers who have been using Splits during its alpha test include C4, Young Chop, Chase the Money, C Note, Sonny Digital, and Roccstar.

The company launched a full-service music publishing division last fall. Splits is just the newest way Create Music Group is hoping to use technology to improve rights management. Right now, Splits is only available on iOS with no mention of when–or if–it will be available to Android users.