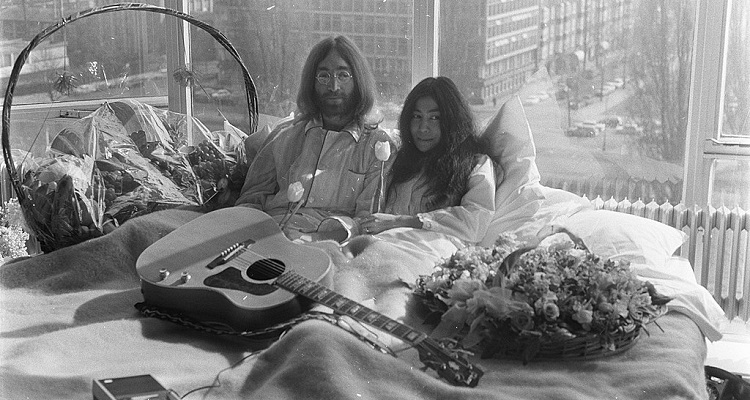 Filed yesterday at the United States District Court for the Southern District of New York, Allan Tannenbaum claims the major music group has willfully infringed on an iconic photograph of John Lennon and his wife, Yoko Ono.  He states he owns all rights, the title, and interest in ‘the Photograph.’

“John Lennon cracks a joke while he and Yoko are nude in bed filming a video for ‘Just Like Starting Over’ in a SoHo studio, November 26, 1980.”

“Milk and Honey reinforces the sense of loss that we feel when we listen to it today.  From John’s songs of promise to Yoko’s songs of her deep personal loss.”

The article also properly attributes the photograph to Tannenbaum. 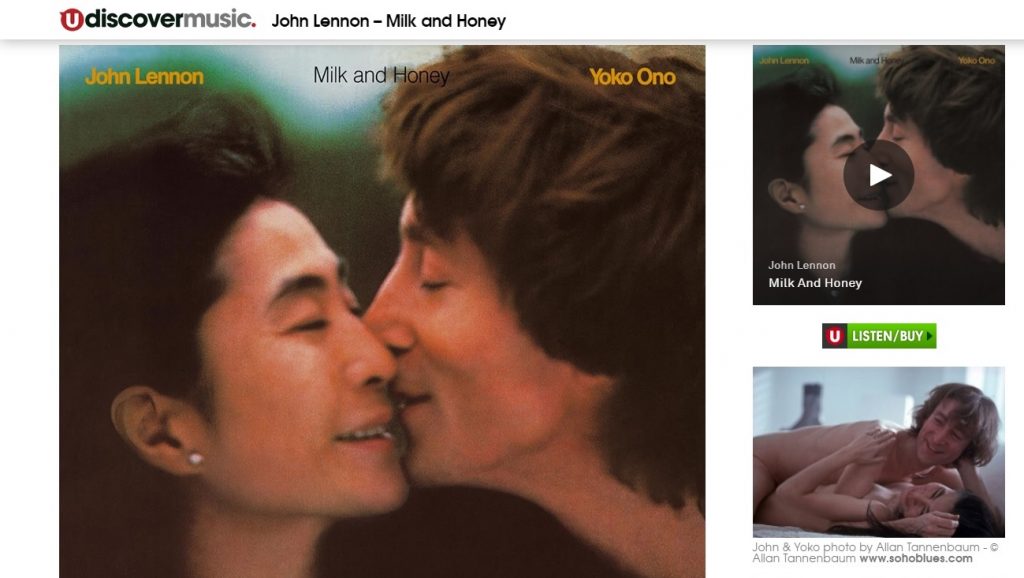 Explaining how UMG infringed on the iconic work, he writes,

“Upon information and belief, the foregoing acts of infringement by Universal Music have been willful, intentional, and purposeful, in disregard of and indifference to Plaintiff’s rights.”

Demanding a trial by jury, he demands up to $150,000 for UMG’s “willful infringement of the Photograph.”  In addition, he requests a judge order the major music group to account for all profits, income, receipts, or other benefits as a result of its “unlawful conduct.”