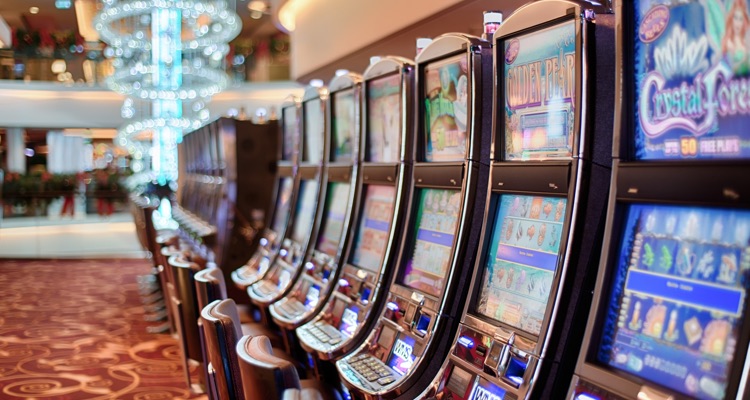 The unmistakable chimes of slot games are a huge part of their charm. And although the chimes, bells, rings, and the overall music differs a lot these days, there are certain unmistakable similarities that most slot games share in their audio.

Scientific research and experience from our own online gaming sessions has confirmed beyond doubt that there is a definite connection between the music used in a slot and the appeal it has to players.  Let us now delve a bit deeper into the topic to understand that connection, while taking a look at some of the best implemented audio tracks in slot games.

The Association of Slot Game Music and the Player’s Subconscious

The background music created for any slot game has to be subtle and yet loud enough to make its presence known. Over time, even as the player is no longer consciously aware of the music playing in the background of his favorite slot game, that music will be largely responsible for making the player come back to it.

It’s a subconscious association with the background music, which the players form while playing slot games. They may not even realize the music is playing a huge part in their partiality towards a particular game. It would, however, become immediately apparent if the music in the game was suddenly turned off.

Matching the Music with the Slot’s Theme

Matching the music with the visual theme of a slot game is another important aspect that developers and online casinos use to create an immersive audio-visual environment for the players.

For example, the famous Disco Spins slots game features a 70s disco theme, complete with dancers in neon clothes and hit, retro music to take you back to an era gone by. On the other hand, if you play Phantom of the Opera, the soundtrack is the stuff of legends, as it’s an officially licensed slot game with the necessary opera sound tracks to make you feel like you are playing inside the Opera House itself.

Similarly, every slots game has musical scores and sound effects that befit the visual theme of the slot, or at least the good ones do anyway!  Try out a few musical video slots with free spins to understand the association we are talking about here first hand. You can actually claim free spins at your favorite online casinos on GamblingMetropolis, which applies to a whole range of popular slot games and not just musical slots.

We have already discussed that auditory preference, and matching of the music with the visual theme is often what creates the immersion necessary for players to come back to their favorite slot games time and again, but the extent of the association between player psychology and slot game music goes even deeper than that.

Apparently, research shows that when a truly immersive slots game is accompanied by equally immersive music, the human brain can practically lose its perception of time itself!

What this means is that hours pass by like minutes, when the audio-visual immersion is delivered properly. However, music plays a greater role than the visual theme itself, or even the sound effects of a game, when it comes to slots especially, because of the very nature of slots.

A small problem present in all slot games in varying degrees is that they can get quite repetitive.  Sure, a good slots game like DJ Wild or Esqueleto Explosivo keeps you engaged with pretty visuals and bonus screens as well, but it’s the background music which creates the true immersion here, and keeps the player from getting bored and leaving the casino.

In spite of being repetitive at times, slots do require some attention, and unless the music is familiar to the brain, you will find it hard to concentrate.

Therefore, the background music of a slot game has to be exciting, matching with the visual theme, unobtrusive and even a bit repetitive. It might sound contradictory that the very music which is supposed to help you fight the boredom of repetitive gameplay is also supposed to run on a loop, but it actually makes sense when you think about it.

Be it immersion, concentration, or entertainment, a slots game without good music is probably just not going to hold your attention for too long. On the other hand, if it’s a high paying slot, just put on some music of your own on the headphones and play it until you win!