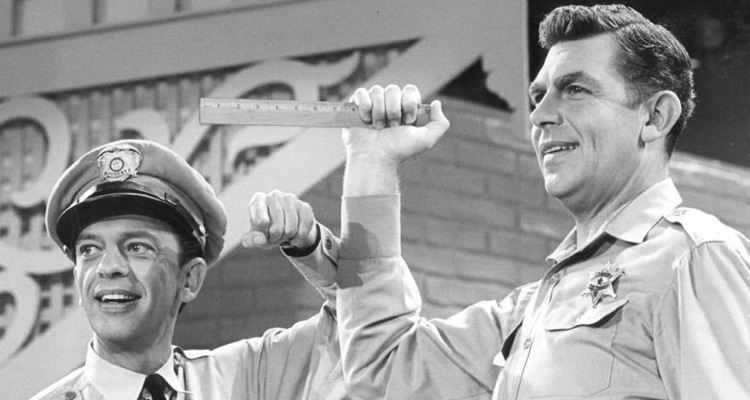 It’s been nearly 60 years since ‘The Andy Griffith Show’ debuted on television, but the descendants of those who created the program’s theme song have just filed a lawsuit against CBS, the network that originally aired the show and that currently possesses distribution rights.

The basic details of the lawsuit are simple: the plaintiffs maintain that CBS used ‘The Andy Griffith Show’ theme song without the permission of its creators, Earle Hagen and Herbert Spencer.

The specifics, however, are a little bit more involved. The plaintiffs allege that a 1978 agreement signed between Viacom and the song’s creators only covered distribution platforms that were available at the time — not VHS, DVD, Blu-Ray, and on-demand streaming video.  As such, the plaintiffs claim that they are owed compensation for the television show’s subsequent distribution.

The lawsuit could boil down to some sloppy contract-writing.  In most modern-day legal agreements, stipulations exist for future formats that have yet to be invented.  Still, it’s extremely difficult to predict what those future formats will be, much less the unknown future rules surrounding their use.  That’s certainly the case with streaming, a concept that was hardly imaginable as recently as the late-80s.

In the case of ‘The Andy Griffith Show’, even formats like VHS tapes were foreign when these contracts were signed.  The future of TV syndication and its impact on music synchronization were undoubtedly hard to imagine, much less codify into a contract.

Regardless, not paying on future formats because of contract vagueness introduces another level of bad behavior by CBS — though it’s unclear what the network is paying.

While the lawsuit might seem like little more than an attempt to cash-in on the vagueness of a four-decade-old agreement, it’s important to bear in mind that songs used in television shows and films are subjected to complex and multifaceted royalty requirements.

The lawsuit could signal a broader-reaching battle ahead for TV classics, especially as on-demand platforms continue to expand.