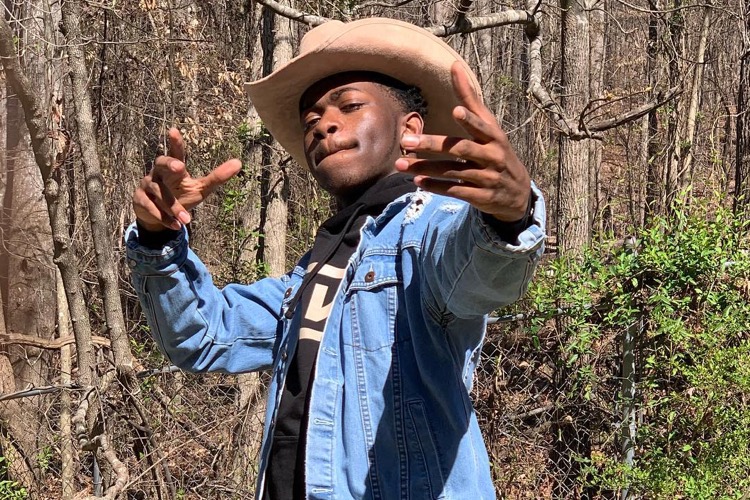 Lil Nas X didn’t clear the sample used in ‘Old Town Road,’ opening the door to potentially millions in copyright damages.  But has a settlement already been reached?

It’s an old music industry truism: ‘Where there’s a hit, there’s a writ’.

Now, it looks like Lil Nas X may be the latest artist with a smash hit to run into legal problems.  According to details unearthed earlier today, the rapper’s ‘Old Town Road’ originally used an uncleared Nine Inch Nails sample.

The hook was originally purchased for $30 on BeatStars, a rap-focused beats marketplace.

See if this rings any bells.

Actually, more than a few fans noticed the match weeks ago, but probably assumed the sample was legitimately cleared.

In fact, we thought the sample was legitimately cleared.  That doesn’t seem to be the case, however.  According to details reported by Rolling Stone, the track itself was not properly licensed.

According to further sleuthing by reporter Amy Wang, the song’s instrumental was ripped off by Dutch teenager Kiowa Roukema, aka ‘Young Kio,’ who mixed the banjo-laden track with a trap beat and posted it for sale.  Young Kio first found the Nine Inch Nails track on YouTube — of course.

“Young Kio’s sample of the Nine Inch Nails banjo bit was not cleared prior to it being uploaded to BeatStars — meaning it was played millions of times without the band’s approval or attribution,” Wang reported.

The buyer, of course, was Atlanta-based Lil Nas X, aka Montero Hill, who purchased the track and started rapping/singing over the instrumental.

Normally, none of this would get noticed — except that nothing about this track is remotely normal.  After Justin Bieber caught notice of the song on TikTok, ‘Old Town Road’ caught another eye-popping break — a high-profile rejection from the chart authorities at Billboard.  Disqualified from the country charts, ‘Old Town Road’ became a symbol of racism amongst country fans, with Lil Nas X viewed as being rejected by the largely-white genre.

Fair or otherwise, the rejection set flame to a gasoline-soaked haystack.

Fast forward a few weeks, and ‘Old Town Road’ is setting one streaming record after another.  But that attention is also drawing scrutiny, including the realization that Lil Nas X unwittingly infringed on the critical sample that made ‘Old Town Road’ famous.

That mistake could cost millions, though it’s unclear if Trent Reznor plans to litigate.  In fact, it appears that an arrangement was made once bigger players like Sony Music and Billy Ray Cyrus entered the picture.

At this stage, none of the parties are commenting, though Reznor already has a writing credit on the track.  That strongly suggests that a deal has been made — at least with some of the players involved.

If Reznor demanded a payout, it might have been a seriously-large ask given the urgency of the fast-rising hit.  Columbia/Sony obviously didn’t have any time to waste once ‘Old Town Road’ started taking off, which also means that Reznor may have secured a juicy percentage payout on both publishing, recording, and potentially other revenue streams tied to the song.

But Reznor himself is actually pretty liberal on copyrights.  The song itself was released under the Creative Commons license, though importantly, it was specifically assigned the ‘Creative Commons Attribution Non-Commercial Share Alike‘ license, which prohibits commercial exploitation of the work without previous permissions.

Another possibility here is that Rolling Stone got it completely wrong.  Perhaps a private deal was arranged with Reznor’s camp from the beginning, though it’s extremely unlikely that Young Kio or BeatStars had this cleared prior to posting it for sale.

Young Kio is a kid in the Netherlands.  But is BeatStars potentially liable for posting an infringing track for sale?  Given that all of this occurred before Columbia/Sony got involved, is the major label off the hook?

Back in 2008, Reznor explained his decision to release the Ghosts I-IV album under Creative Commons.

“It’s a stance we’re taking that we feel is appropriate… with digital technology, and outdated copyright laws, and all the nonsense that’s going on these days”.

Well, this situation may have already provoked some serious legal ‘nonsense’.  We just don’t know the extent of it yet — in the past, or in the future.