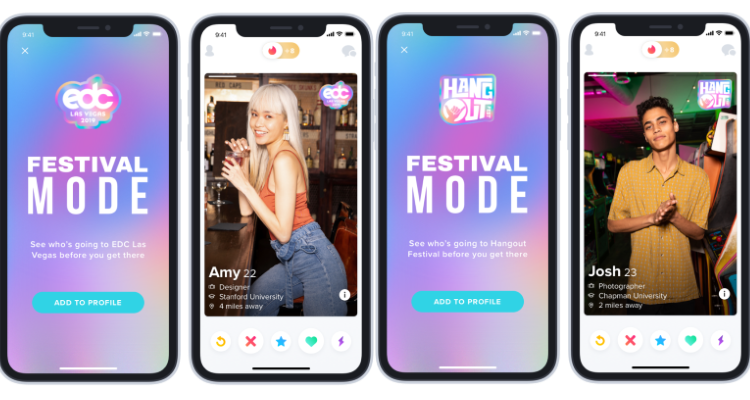 Tinder’s new Festival Mode is headed to Australia as part of a new sponsorship deal with music festival Splendour in the Grass.

Tinder Festival Mode was introduced at the beginning of May as a way to facilitate hook-ups of people attending the same festivals.  The new festival mode launched with support for 12 music festivals scattered around the US and UK.

Now, Splendour in the Grass is the first Australian music festival that will support the new mode.

Tinder users can add the Splendour in the Grass badge to their profile to showcase their attendance. Festival Mode will roll out to Australian Tinder users starting June 21st, giving them plenty of time to arrange hook-ups before the festival.

“With this feature, we are redefining the festival experience by enabling our users to make new connections before even stepping through the turnstiles and pitching their tents.”

Since Splendour in the Grass is such an icon for young Australians, Tinder felt it was the perfect place to debut in Australia. While the festival is around for three-days, many young Australians plan their attendance weeks in advance.

Tinder isn’t the only brand that has sought the help of the festival to grow its Australian user base, either.  Andy Walsh of Secret Sounds described the festival as a unicorn of engagement for brands.

Arranging these hook-ups ahead of time may do more to help curb public safety issues at festivals, too.

TMZ reported on a rise in herpes cases after Coachella took place this year.  That wasn’t substantiated, though mass hookups are definitely part of the festival experience.  Perhaps pre-arranging these details ahead of time can help people make more level-headed decisions during the festival scene.