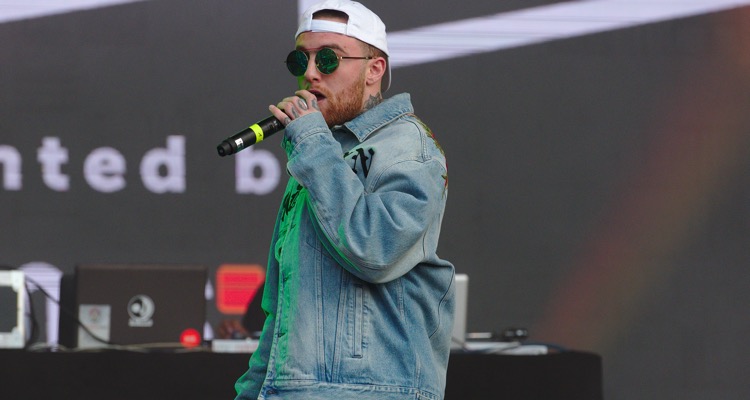 Filmmaker CJ Wallis announced that he is working on a documentary about Mac Miller’s life, but the family asked him to hold off.

Wallis confirmed that the documentary would be produced by Margrette Bird Pictures, the company he founded with Mallory Kennedy. The filmmaker tweeted that he’s ready to start collecting interviews and content for a definitive documentary on the late rapper.

However, the tweet was removed shortly after the announcement as Mac’s family and estate did not approve. 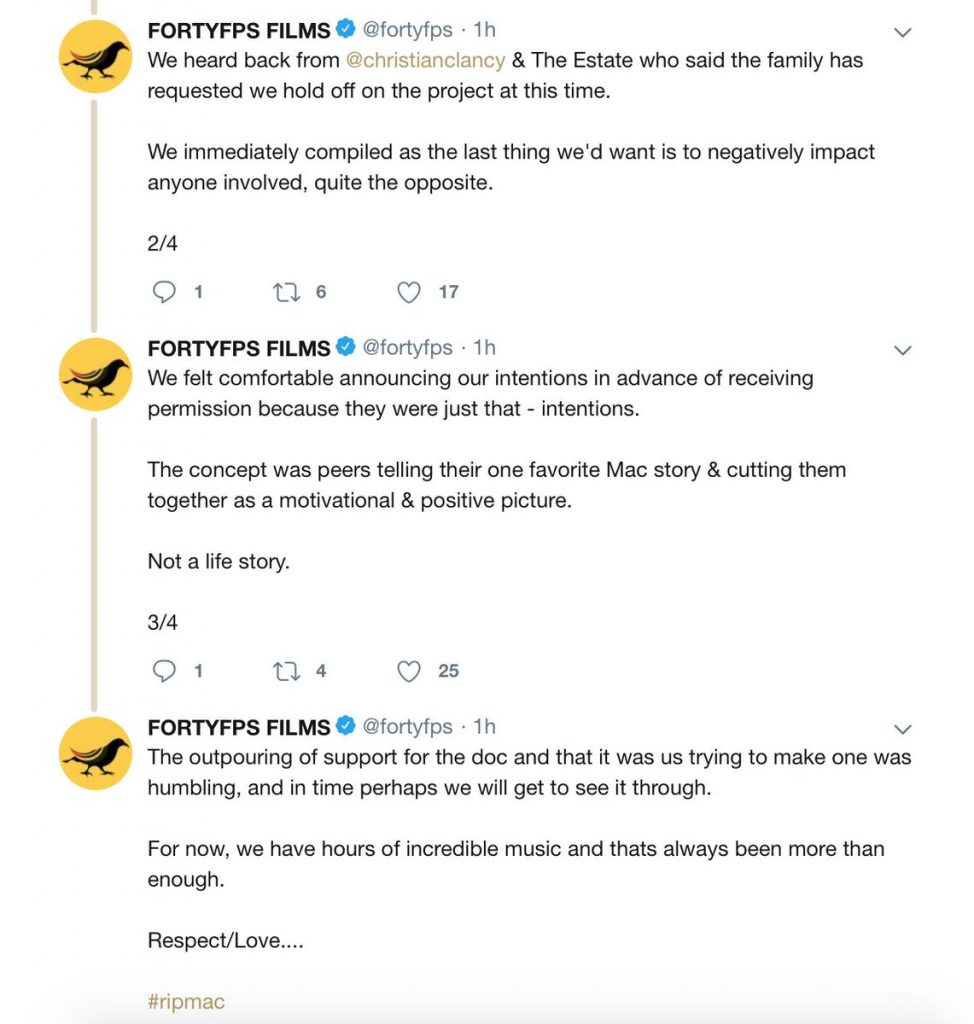 Before the project was canned, Wallis encouraged anyone who had stories to share to contact him about the project.

Mac Miller was found dead in his home last September, with authorities attributing the death to an overdose.  Authorities reported Miller had a deadly mix of fentanyl and cocaine in his system in the autopsy toxicology report.

Mac Miller received his first Grammy nomination for Swimming as Best Rap Album this year. The album was released just a month before the rapper’s death.

The album explores his public break-up with Ariana Grande in 2018; Swimming debuted at #3 on the Billboard 200. Swimming once again re-entered the top 10 after news of his death.

Grande’s comments after Mac Miller’s death show just how strained the relationship was because of his addiction problems. She wrote on Instagram,

“I am not a babysitter or a mother and no woman should feel that they need to be.”

CJ Wallis is a Canadian writer, editor, visual designer, and director. He has worked with several musicians including Wiz Khalifa, 2 Chainz, Ty Dolla $ign, Rick Ross and more. He also serves as the creative director for Jet Life Records.

Margrette Bird Pictures is based in New Orleans and has tons of experience with documentaries.  The film company’s Price Is Right documentary is now available to stream on Netflix and The Fiddling Horse will debut this fall.