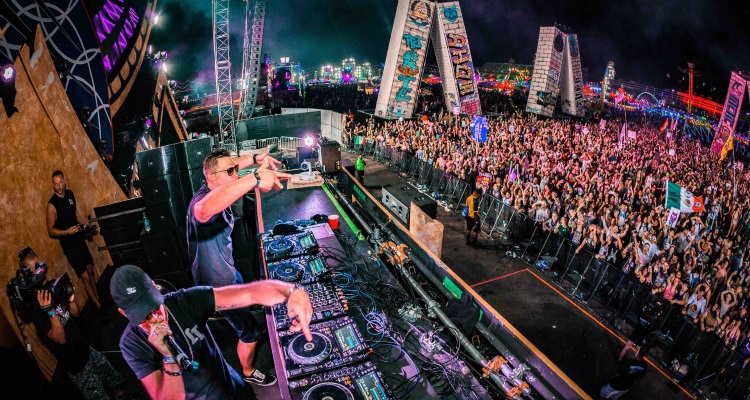 Scotland’s Electric Fields Festival has been cancelled for good.

The extreme backlash from a venue change prompted the abrupt cancellation.

For the last five years, the Electric Fields festival has been held in Dumfries at Galloway’s Drumlanrig Castle. This year the event was slated to move to Glasgow SWG3, which caused a massive backlash among fans.

Festival organizers said the venue change was necessary due to the growth of the festival, but fans wanted refunds.

As a result, organizers decided to cancel the festival altogether based on the backlash and challenges in relocating.

“We have been faced with challenges that we simply cannot overcome. As of today, Electric Fields ceases trading. For information on ticket refunds, please contact your location of purchase.”

The first Electric Fields took place in 2014 at the iconic Drumlanrig Castle as a camping festival. This year, organizers announced the venue change and the festival would no longer allow camping.  At the time, the organizers said the rising costs of producing outdoor camping festivals made a relocation effort necessary.

In the statement, the organizers thanked supporters for helping the festival grow from 100 attendees to 7,000 over five years.

“We cannot thank you enough for your support over the years, and we are truly sorry that we have not been able to make this work. Never did we think the party we threw in a field in Thornhill for 100 of our friends would turn into a party for 7000 in the grounds of a castle. Especially not in five short years. But it did, and that is thanks to all of you who came along and made it what it was.”

Looks like the popularity of Electric Fields as one of the remaining camping festivals helped signal the death knell for the outdoor music festival.  Should festivals cap their growth rates to avoid things like this happening?

The Drumlanrig Castle location was so important to the identity of this festival that many fans refused to support any change. 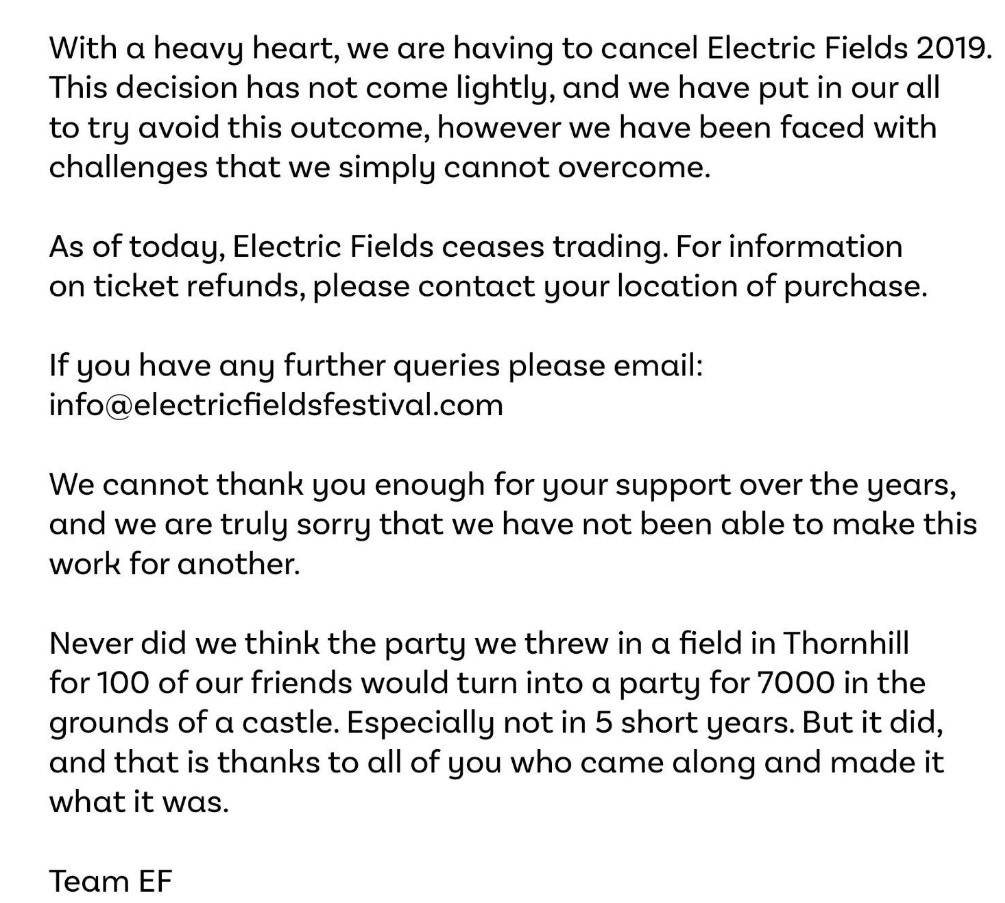