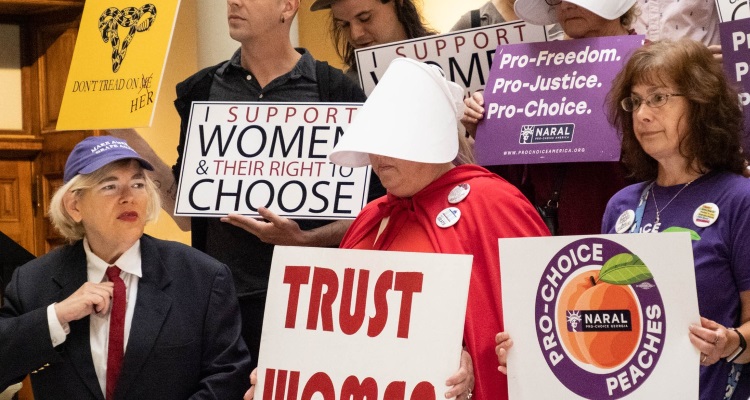 A new petition is hoping to put pressure on stars like Ariana Grande to stop performing in Georgia over a new abortion bill that recently passed.

The online petition is just one of many concentrated efforts to turn national attention to the abortion debate. Care2 is seeking support in asking performers not to go through with concerts in the state as long as the bill stands.

The Ariana Grande concert in question is scheduled to take place on June 8th at the State Farm Arena in Atlanta.  So far, there’s been no response from Grande’s camp, though billions of dollars in entertainment money is now at stake.

Disney’s CEO Bob Iger says the recently passed bill would make it difficult to film in the state. Warner Media, Netflix, AMC, and others are signaling they may agree with Iger.  We reached out to Live Nation, Sony Music Entertainment, and UMG to ask about their policy on Georgia performances, but none have responded.

Some lawmakers and opponents of the bill are hoping to avoid a boycott entirely. The hashtag #StayAndFight is trending on social media after Stacey Abrams said a boycott was not the solution. Abrams argues that an economic boycott would only serve to punish working-class people, with no guarantee the law would be reversed.

Abrams hopes the hashtag will convince Hollywood and celebs to support political candidates who would change the law.

The abortion law has sparked a backlash in Hollywood as film-making has become a $9.5 billion industry for Georgia.  Netflix films Stranger Things, Insatiable, and Ozark in the state, but it was the first major studio to openly announce a potential pullout.

AMC Networks announced it would be re-evaluating its activity in Georgia on Monday. The hit TV show, The Walking Dead, currently films in the Atlanta area.

Other actors who have indicated support for a boycott include Alyssa Milano, Mia Farrow, Don Cheadle, and Patton Oswalt. The petition for Ariana Grande’s attention has 5,000 signatures at the time of writing, with a goal of 10,000.