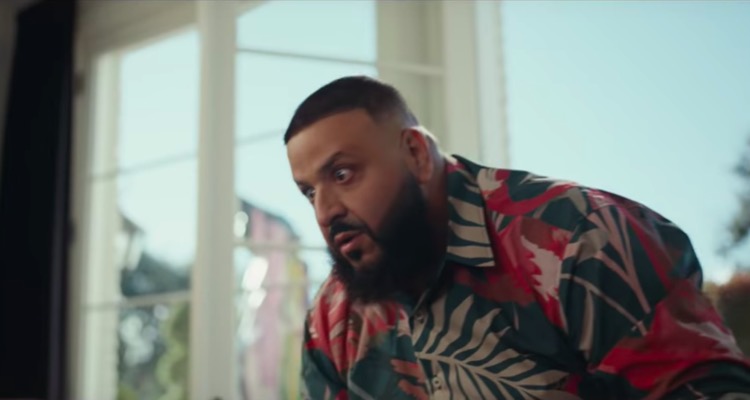 Once upon a time, Billboard had a pretty simple job when it came to counting and ranking weekly album sales.  Using its retail-scanning sidekick, Nielsen Soundscan, Billboard tallied all the weekly CD sales up and published the results in the Billboard 200.

Occasionally, disputes would arise.  In one contested outcome, Prince was denied ‘sales’ of an album because he packaged them into concert ticket pre-sale purchases.  Brilliant idea by Prince, but not entirely kosher according to Billboard’s arbiters.  But those cases, while controversial, were mostly rare.

We caught a whiff of the coming tempest last week.  The New York Post’s Page Six reported that DJ Khaled ‘threw a temper tantrum‘ at the offices of his label, Epic Records, demanding answers for his second-place finish.  “He stormed into Epic with an entourage,” one source said. “He was angry and yelling. He threw a temper tantrum.”

Sounded like some juicy gossip, but did it really happen?  Apparently yes, according to a subsequent report in The Fader, though a representative indicated that the frustration was over Billboard’s count-charting decision, not Epic’s handling of his release.

What Billboard allowed, and disallowed.

Tyler, The Creator’s IGOR scored the number one slot with 165,000 equivalent album units.  Father of Asahd fell substantially short with 136,000 equivalent units, though according to the New York Times, DJ Khaled’s released had “an almost equal number of streams”.

“In this particular instance, we saw an organization encouraging purchases among their members by promising them material and organizational benefits,” explained Deanna Brown, president of the Billboard-Hollywood Reporter Media Group.

So what’s wrong with ‘encouraging purchases’ with ‘material and organizational benefits,’ including a DJ Khaled album?

By comparison, Tyler, the Creator also packaged his winning album into a variety of bundled deals.  That includes Tyler, the Creator-themed clothing, buttons, and “Vote Igor” lawn signs, all of which included the IGOR album.

But Tyler, the Creator’s bundles counted, while DJ Khaled’s didn’t.  If you’re confused as to the difference here, keep reading.

The Times piece pointed to this promotional blog post, which encourages people to rack up Shop.com purchases, as a disqualifying activity.  Apparently, Shop.com (in cahoots with Khaled’s camp) was encouraging fans to buy massive amounts of energy drinks to boost Khaled’s chart position.

That caused Billboard’s referees to throw a flag.  But did they just make up a new rule?

In a separate statement, Billboard also said that Khaled failed to receive appropriate approvals of his bundled deal.  “Billboard requires all merch bundles to be submitted in advance for approval,” the statement read. “As these offers have become more voluminous and creative, Billboard is reviewing its rules regarding the bundling of albums with merch.”

“We dispute their decision on behalf of DJ Khaled and, frankly, every artist who is forced to navigate bundling an album download with an inexpensive item that still effectively represents their brand. It’s confusing and demeaning to the art,” Perez stated.

“We’re obviously not fans of bundling, nor should anyone who cares about artists making music.  But our hands are being forced by Billboard’s desperate, last-ditch effort to keep streaming from eliminating what’s left of music downloads.”

Now, DJ Khaled is pondering litigation against Billboard, with a potentially strong case.  Page Six, which first reported the ‘tantrum,’ is now pointing to a ‘monster lawsuit‘ ahead, with Billboard apparently refusing any appeal on the bundled decision.

Maybe that will force some clarity onto Billboard’s notoriously fuzzy rules.