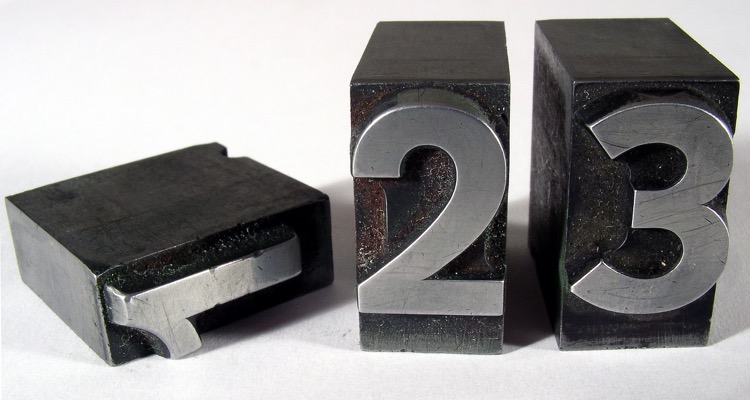 Billboard’s chart rankings are a beautiful mess.  But what’s the solution?

There’s something oddly satisfying about witnessing Tyler, the Creator topping DJ Khaled for the number one ranking on the latest Billboard 200.  Somehow, a trippy exploration of rap’s outer reaches topped a superstar lineup that included Cardi B, Justin Bieber, Chris Brown, Chance the Rapper, Rihanna, and Post Malone, among many others.

But as stunning an upset as it appears, DJ Khaled and his merry band of rap superstars probably got robbed.

Everyone’s got a different take on why DJ Khaled’s Father of Asahd ranked second this week — including Billboard itself.   But according to various explanations from Billboard-Hollywood Reporter Media Group, owned by Valence Media, DJ Khaled either forgot to get his specific album bundling idea pre-approved, overhyped the concept he put in place, violated some other obscure Billboard rule, or some combination of all three.

Now, the scuttlebutt — at least according to Page Six — is that Khaled & Co. is planning a ‘monster’ lawsuit against Billboard and its parent, Valence Media (it’s worth noting that Page Six did get its initial coverage on this situation right, or at least part of it. So litigation may be in the works).

The exact damages here are unclear, though perhaps Khaled will argue that by ranking number two, instead of his rightful number one, Billboard lowered his future sales and even live concert revenues.

It’s a bit of a stretch, though an actual lawsuit might be the best thing that happened to the Billboard 200 — and the industry it serves.

But how did we get here?

The issue is that DJ Khaled packaged downloads of Father of Asahd with energy drinks, part of a deal with Shop.com. Tyler, the Creator also bundled his album into merchandise sales, though the difference seems to be that Khaled overhyped his bundled deal to get a number one ranking.

Which means, by logical extension, that if Tyler, the Creator had coordinated a pop-up store stuffed with discounted IGOR paraphernalia, all bundled with his just-released album, he might have been disqualified as well.

Welcome to the brand-new bundling game, one that DJ Khaled apparently played too well (and for a wonderful article about the bundling/charts game, check out this New York Times article by Ben Sisario).

The bigger problem is that Billboard’s album rankings have now become an inscrutable and arbitrary algorithm.  And it’s all predicated on stuffing any-and-all formats into the once-understandable ‘album.’

Once upon a time, the Billboard 200 counted one thing: actual album sales.  There were limited flavors of said albums, including CDs, vinyl LPs, and cassettes, though once the 90s got going, Billboard and its data sidekick Soundscan were primarily counting $16.98 CDs.

Fast-forward to 2019, of course, and there aren’t any albums left.  Instead, there are ‘equivalent albums,’ with arbitrary totals of paid streams, free streams, and downloads all translating, at some point, into the once-solid ‘album.’

Funny enough, the actual ‘albums’ that are still left, in the form of CDs and vinyl LPs, now carry enormous weight against formats like streams.  But so do ‘equivalent album’ downloads, which is where DJ Khaled got into trouble.

The problem is that the fuzzy math is getting fuzzier, with Billboard suddenly the arbiter of the chaos.

This is now worse than the Grammys, where subjectivity rules and everyone gets shafted.  But despite Billboard’s make-it-up-as-you-go approach, there’s actually a method to Billboard’s madness here.  On one level, the established industry has pressured Billboard to cling to the album, partly because the traditional industry spent so much time itself clinging to the album.

Albums represent the holy grail for any industry: bundling.  Whether a triple-play cable package or a six-pack of Budweiser, bundling is what makes companies and their executives rich.  So it makes sense that old-line labels and execs didn’t want to let the cash cow CD slip away.

But now that the album has mostly been obliterated by market forces, there’s still a fictional album that pervades. And Billboard is clinging to this fiction for a very important reason. Simply stated: the album format itself is still a pervasive cultural and industry concept, one that people can understand.

A billion YouTube streams is a nebulous figure.  Half-a-million streams on Apple Music means something, but what, exactly? By contrast, one million album sales are far more tangible.  ‘Platinum’ makes headlines, it gets people excited, and, in the case of artists like DJ Khaled, leads to top-ranked album chart rankings that satisfy egos and further careers.

It’s a beast that Billboard helped to create, and one that it feeds — every single week.

The album is still tangible, both inside and outside the industry.  And Billboard understands this, even if their execution against this reality isn’t perfect.

Asking Billboard and the industry to ditch the album is like asking Americans to adopt the metric system. Logically it makes sense, but it’ll never happen.

But what can happen is that Billboard can start to create better, more predictable and uniform rules around its Billboard 200 album ranking. And, they can keep clarifying those rules to avoid mishaps like this one.

Already, it looks like the specter of a legal mess is prompting more discipline at Billboard.  Things like clearer bundling qualification rules, fewer make-it-up-as-you-go decisions, and better support for borderline questions and situations are desperately needed here.

Litigation sucks, and this is borderline frivolous.  But who knows, maybe an aggressive lawsuit will make Billboard shift its rankings, handing Khaled the top slot after all.  Or, even better, it will force them to better define what an ‘album’ actually is in 2019 and beyond.

At least then, we’ll all be subscribing to the same fiction.