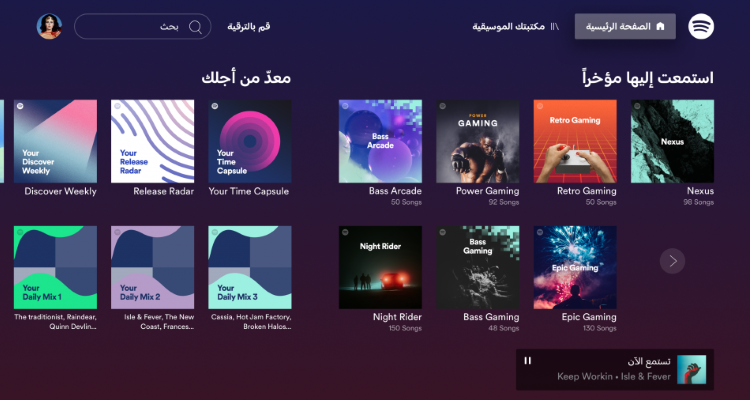 Users can access the service through PlayStation Music and playback through Spotify Connect.

Spotify on PlayStation Music has launched for PS3 and PS4 users in Saudi Arabia, United Arab Emirates, Kuwait, Qatar, Bahrain, Oman, and Lebanon. PlayStation users from these countries can now access Spotify’s catalog of over 50 million songs, streaming in the background while gaming on PS4.

Spotify on PlayStation Music can access free with ad-supported music playback and limited track control. Users can also use the PSN Share feature to let their audience know which tracks they’re listening to while streaming.

Amazingly, this was once Sony’s real estate to claim.  But the company failed to gain any meaningful traction in the streaming space, leaving its highly-coveted PS users easy targets for another platform.

The PlayStation Music app also supports Spotify Connect, which allows users to control the music through an iOS or Android phone. Gamers can switch tracks and adjust the volume on their phones while gaming on the PS4.

Spotify on PlayStation Music is now on the PlayStation Store, with premium subscriptions starting at AED19.99 (roughly $5.44 USD) a month.

Spotify has been aggressively working to expand its subscription service to PlayStation gamers.  Recently the service launched in Colombia, Argentina, and India.

Users who already have a Spotify account can download the app and link their account to enjoy listening to Spotify on PlayStation Music. Just one word of caution: when you sign-up for the service, Spotify turns on auto-renewal and starts charging every month.

You can view your record of signing up and subscription history in the Services List of your PlayStation account. To access music while gaming, long press the PS button on the PS4 remote to see the playback menu for song options.