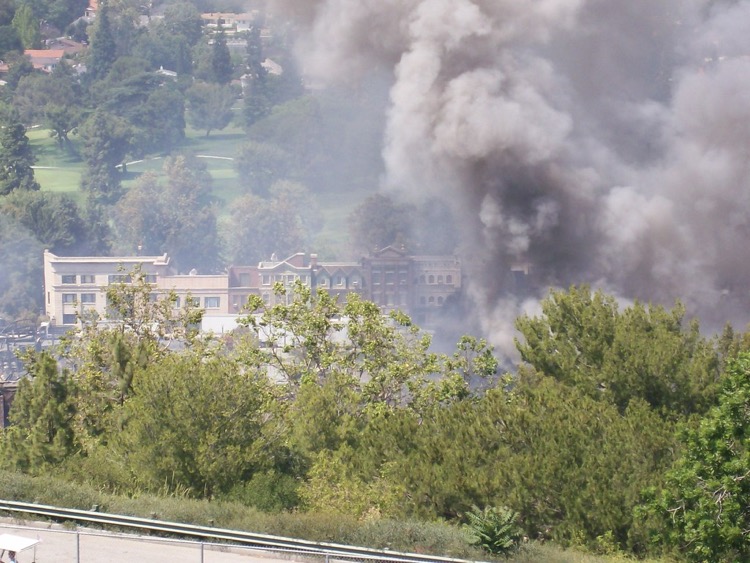 The ripples are just being felt from Jody Rosen’s bombshell New York Times Magazine exposé on the Universal Studios fire of 2008.

The losses felt by Universal Music Group were staggering — not to mention the broader music community.  Yet nobody knew about the horrific losses, including affected artists, their managers, or their estates.

That wasn’t by accident.

“We were able to turn [L.A. Times reporter Jon] Healey around on his L.A. Times editorial so it’s not a reprimand on what we didn’t do, but more of a pat on the back for what we did,” Lofromento gloated in an internal email obtained by the Times.

Healey, none the wiser, parroted the line that the damage was minimal.  “At this point, it appears that the fire consumed no irreplaceable master recordings, just copies,” Healy reported.

Similar non-truths were spoon-fed to the New York Times itself, which also reported the misinformation back in ’08.  But even those that caught wind of the real damage were silenced.  Deadline’s Nikki Finke originally pointed to thousands of destroyed masters, only to issue a clarification the next day based on UMG’s pushback.

Beyond the media, artist representatives and industry executives were also misled.  According to Rosen, that included Irving Azoff, who inquired about a specific Steely Dan archive but was subsequently uninformed about the destruction of others.  According to UMG whistleblower Randy Aronson, the lost Steely Dan archive included outtakes and other recordings that were never released — and are lost forever.

Universal is still downplaying the incident in 2019, specifically by pointing to digitized versions and other remasters that make the original versions less important.

Of course, that sounds a lot like the damage control from 2008, and it’s now uncertain whether the major label will face serious litigation or other repercussions from affected artists and their estates.  Already, a number of artists have confirmed that their masters were lost in the blaze, including R.E.M., Questlove of the Roots, Eminem, and surviving members of Nirvana, who believe that the original copy of Nevermind was destroyed.  It’s also believed that the entirety of Buddy Holly’s catalog was permanently lost.

Also unclear is whether UMG’s broader valuation will suffer.  At present, UMG parent Vivendi is shopping a 50% stake in the major label, though most of that valuation is predicated on streaming music’s explosion and the underlying IP ownership of UMG’s catalog.  Just recently, UMG’s valuation was pegged at more than $50 billion.

It’s impossible to determine what exactly was lost in the fire, though Rosen estimated more than 500,000 different recordings were obliterated.  Here’s a list of all of the artists mentioned in the Times article that lost original masters.

We’ll add more names as we learn them.