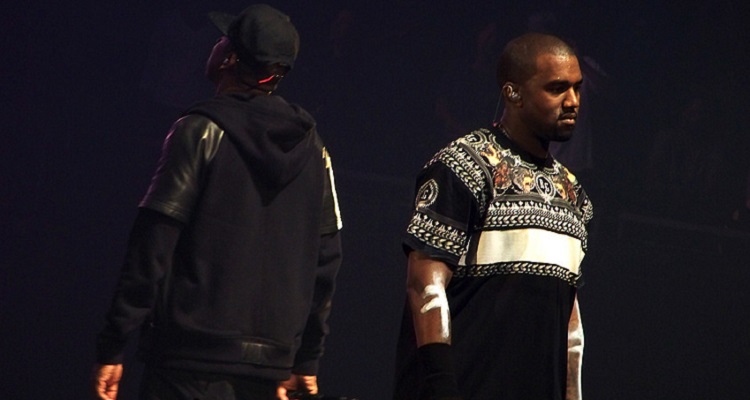 Taking a jab at Sony Music’s EMI Music Publishing division and Universal Music Group (UMG), Kanye West told his fans that artists should have the right to purchase their publishing catalog whenever they want.

Taking both EMI and UMG to court in two separate lawsuits, the producer/rapper evoked slavery imagery.

Federal law allows copyright reversion.  Yet, this option doesn’t become available until 35 years after the work is first published.  Kanye is hoping to force EMI into that reversion much sooner.

Now, in a desperate situation, the producer/rapper has pleaded with a federal court to dismiss EMI’s countersuit.

Will federal courts listen to Kanye?

According to him, the countersuit doesn’t belong in New York.  He had first filed the lawsuits against EMI and UMG in California.

Analyzing Kanye’s strategy, California – not New York – has a favorable provision for artists.  In the state, people can’t be ‘forced’ into service contracts longer than seven years.  Kanye first worked with EMI in 2003.

It remains unclear whether the state law applies to recording and publishing contracts, however. West accused EMI of attempting “to escape” California’s labor laws.

“EMI has sought to tie him to an exclusive publishing agreement that could last for years, if not his entire life.”

“Even if Mr. West’s publishing contracts with EMI were not unfair (they are), even if their terms valued Mr. West’s contributions in line with the enormous global success he has achieved (they don’t), and even if EMI had not underpaid Mr. West what they owe him (they have), he would be entitled to his freedom.”

Kanye first signed the contract with EMI in 2003 while recording his debut album, The College Dropout.  This gives the publisher a significant share in copyrights and revenue for his works.  EMI had provided Kanye with “substantial” advance payments totaling tens of millions of dollars.

Responding to the lawsuit, the music publisher said it remains in settlement negotiations with Kanye West.  Both parties “have continued to make progress.”

You can view the motion to dismiss below.