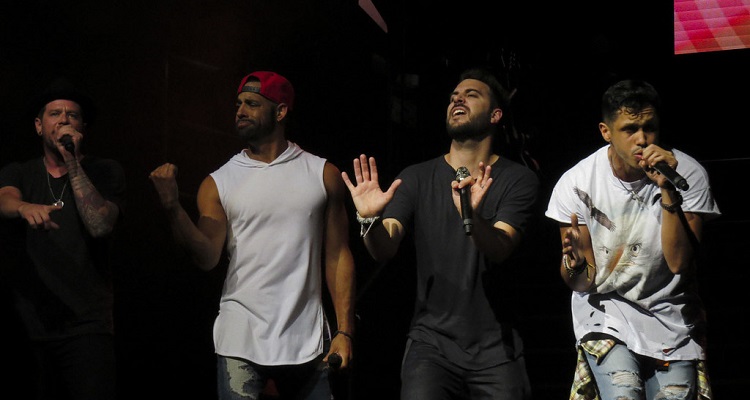 The major music group has blocked boy band O-Town from filing a trademark. It sounds too similar to its own iconic label, Motown Recordings.

Two years ago, the band’s members, Jacob Underwood, Erik-Michael Estrada, Trevor Penick, and Dan Miller applied for ownership of the O-Town trademark.  On April 25th, 2019, however, UMG filed a notice of opposition.

“The Contested Mark, as used in association with the goods and services recited in the Application, is so similar to Opposer’s Marks as to be likely to create confusion, mistake, or deception as to the source, sponsorship, or affiliation of Applicants’ goods and services in the minds of consumers and persons in the trade.”

Also, continues UMG, the O-Town mark is “virtually identical” to the Motown mark in “sight, sound and commercial meaning.” The parent company also says the band used the inspiration for its name from the record label.

The group’s manager, Lou Pearlman, had filed the O-Town trademark in March 2000. Pearlman also managed other boy bands, including Backstreet Boys and NSYNC.

Unfortunately for the group, a judge sentenced Pearlman to 25 years in jail for a large-scale Ponzi scheme. Pearlman fraudulently earned over $300 million of others’ assets. Due to a lack of funds, the group eventually broke up.

“[Motown marks] have not become associated exclusively with UMG and its goods or services.”

Besides, the four members say UMG has yet to dispute other non-associated trademark filings. These include Motown Missile and Detroit Motown The Bus 36 Muscle.

Also Read:  Meet Lady A, the Black Blues Singer Whose Name Got Taken by Lady Antebellum — Our Latest Podcast

Since Pearlman’s passing in 2013, the group has reformed. But O-Town blasted UMG for not contesting their former manager’s original trademark filing.

“O-Town has been selling records for almost 20 years now – we’ve had T-shirts, pillowcases, and everything under the sun sold with this logo on it.  So, if Motown thinks we’re infringing on their rights or have broken the law, why has it taken this many years to say so?

Underwood also stated the major music group is “bored.”  UMG apparently filed the opposition since the label’s lawyers “have nothing else to do.”

“Meanwhile, we’re managing ourselves and doing everything we can to keep the band afloat after finally having success with our Kickstarter campaign and being back on tour.

“Every time we file a response, it’s around $7,000… We just want them off our back to avoid going bankrupt trying to fight this.”

Featured image by jenniferlinneaphotography (CC by 2.0).