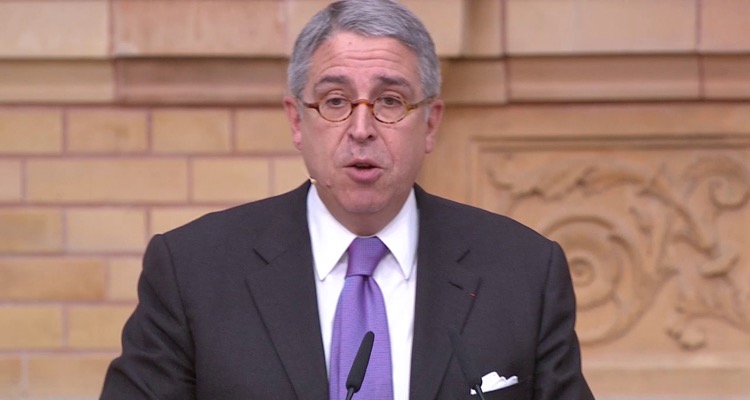 Vivendi’s planned sale of a portion of Universal Music Group may be delayed substantially into 2020, according to sources to Digital Music News.

Last week, Vivendi SA suspended its planned sale of Universal Music Group for six months, for unspecified reasons.  But that was before the label got slammed with a $100 million lawsuit over its cover-up of the 2008 Universal Studios fire.

It was also before the New York Times decided to run a follow-up piece detailing an additional 700+ artists affected by the blaze.  That is stirring a growing number of angry artists, a list that now includes Sheryl Crow, Courtney Love, Bryan Adams, Eminem, R.E.M., and surviving members of Nirvana.

According to a pair of sources on the prospective buyer side, the crisis is now pushing Vivendi’s restart date well into 2020.  The ‘indefinite pause,’ as one source describes it, will allow the label to gird through the current fire-related crisis, one that may include multiple lawsuits, artist defections, and even an executive shakeup.

“It’s negatively impacting [UMG’s] valuation and creating all kinds of uncertainty to state the obvious,” one source relayed, referencing a negotiation with one potential buyer.

“You suddenly can say, ‘I see risks A, B, and C, give me a lower price to make up for that’.  The guidance we’re getting is wait much longer than six months for things to start up again.”

The crisis is helping to cool UMG’s nosebleed valuation, which one analyst recently pegged at $50 billion.  All of which offers one explanation for why Vivendi is putting things on a lengthy pause.

Vivendi was hoping that the fire-related crisis would quickly die down, though that’s not quite happening.  Vivendi CEO and Chairman Arnaud de Puyfontaine dismissively called the attention surrounding more than 500,000 destroyed masters “just noise,” while UMG chairman Lucian Grainge downplayed the damage while promising total transparency.  None of that is working, and the label is now battling a rising tide of frustration among superstar artists.

A separate source noted that Universal will likely face little legal liability in the matter.

The reason is that UMG owns the masters in question, and therefore has the right to do anything they want with them (including burning them).  That makes the recent, $100 million lawsuit lodged against the label seem pointless, though the broader impact may go far beyond the courtroom.

For starters, UMG’s artist relationships are taking a significant hit, with UMG’s response mostly focused on deflection and denial.  In a relationship-based business, one source noted that several risks now emerge: (a) artists may attempt to exit their existing deals (successfully or otherwise), (b) refuse to sign renewals, (c) become less cooperative, and/or (d) decide against signing with UMG in the first place.

Those are significant downside risks, one source explained, simply because artists have more options than ever.  “It’s not just ‘hey I’m gonna shop at Sony or Warner [Music],’ it’s now become ‘I’m gonna talk to AWAL, CD Baby or Downtown, even Spotify — whatever’.  It lowers the value prop[osition] for [UMG].”

There’s also the question of management.

As in, is everyone going to survive this?

Vivendi’s Arnaud de Puyfontaine publicly praised Lucian Grainge’s handling of the situation, though Grainge opted for a continued strategy of cover-up and denial.  That worked beautifully for UMG in 2008, but it clearly isn’t cutting it anymore in 2019, raising questions over how Grainge will handle the potentially rocky period ahead.

It also raises the possibility that heads will roll on this one, if only to give Vivendi’s top brass a scapegoat.

Backing that into the just-paused negotiations, which involve a 50% share and minimal management input, and leadership now becomes a concern.

According to one source, potential buyers have already been hesitant to buy into Vivendi’s ‘passive ownership’ plan, for precisely this reason.  “So you have another uncertainty you can negotiate [the price] down on,” the source noted.