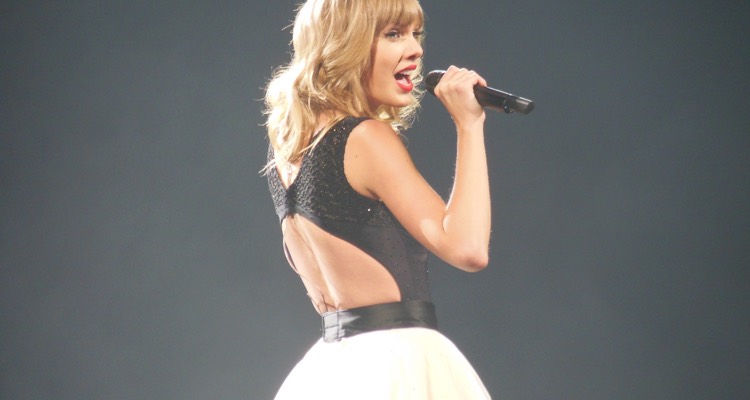 The Prime Day Concert will stream live on Prime Video at 9 pm EST.  The cost of admission: your Prime membership.

The concert is exclusively for Amazon Prime members and will offer several performances from high-profile artists. Dua Lipa, SZA, and Becky G are just a few of the artists performing.

Of course, Amazon likely wrote a huge check to secure the Taylor exclusive.  But that’s probably pennies compared to the new customers Amazon expects to score during its now-annual Prime Day festivities.  Amazon reports that Prime Day is its single-largest member acquisition campaign.

Of course, the sneaky play leverages something that Spotify sorely lacks: a massive bundling play.

But it also raises the value of Amazon’s ultra-successful Prime membership, which now goes far beyond free shipping.

Amazon released a brief 30-second trailer to alert their Prime customers to the event.

Taylor Swift will perform both of her new chart-topping singles, “You Need To Calm Down” and “ME!”

Swift broke records on Alexa and Amazon Music with “ME!”, with the song becoming the most requested single on the streaming service.  Swift is the only artist in history to have four consecutive albums sell over one million copies in the week of release, so this is a huge get for Amazon.

Amazon is hoping to use the opportunity to promote its original TV series, too.  Prime Day concert viewers will get a taste of Carnival Row, an upcoming fantasy drama. New clips of Modern Love and The Marvelous Mrs. Maisel and Tom Clancy’s Jack Ryan will also be showcased.