Also Lost In the Universal Fire: A Master Recording of One of Martin Luther King’s Last Speeches from 1968 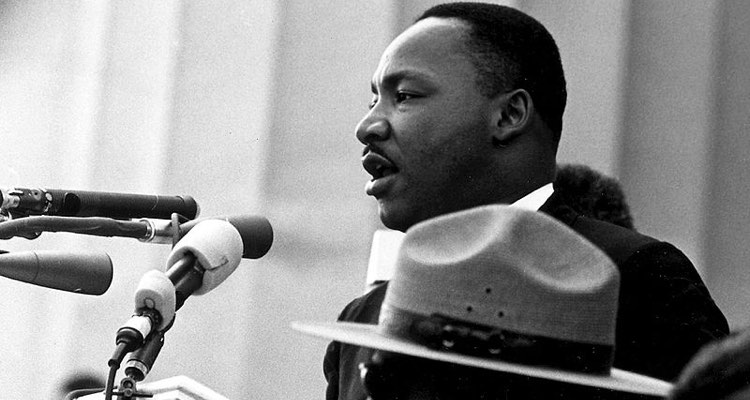 The speech, titled ‘Remaining Awake Through a Great Revolution,’ was delivered by Dr. Martin Luther King, Jr. just days before his assassination in 1968.

An important speech delivered by Dr. Martin Luther King, Jr., just days before his assassination in 1968 appears to have been destroyed in the Universal Studios fire of 2008.  The speech, ‘Remaining Awake Through a Great Revolution,’ was delivered on March 31st, 1968 at the National Cathedral in Washington, D.C.

King died several days later, on April 4th, 1968.  The speech, which lasted roughly 46 minutes, was one of his last.

Sadly, the recording was unearthed this week by Jody Rosen of the New York Times, whose coverage of the Universal Studios fire has generated a firestorm of outrage.  Rosen initially listed 100 artists whose masters and other recordings were lost in the blaze; earlier this week, he updated that list to include 700 more affected artists.

That list included King, whose speech was released by now-defunct blues label, Excello Records.  Interestingly, the U.S. Library of Congress has a copy of the recording, with the label “Originally issued as Excello 8009” attached, which brings us back to the Universal Studios lot.

Of course, multiple copies of the recording are available.  The Washington National Cathedral has posted the entire recording on their SoundCloud account, for example, and you can even find it on Spotify and Amazon.  But it looks like the original perished in the blaze.

That highlights the nature of the problem following the fire.

Universal Music Group has attempted to minimize the perceived damage of various master recordings in the fire.  For starters, copies and hi-res duplicates of destroyed masters often exist, and that’s the case with this historic King speech.  UMG says this makes the existence of the master less important.

Sadly, for many artists, lots of extra material hasn’t been duplicated, however.  That includes outtakes, alternative versions, and even stray recordings of studio banter, extemporaneous jams, and experimental ideas.  Even entire unreleased songs may have been recorded and left alone, only to be destroyed forever.

In the speech, King renewed his calls to fight the scourge of racism, one that impacts all Americans.

“It is an unhappy truth that racism is a way of life for the vast majority of white Americans, spoken and unspoken, acknowledged and denied, subtle and sometimes not so subtle—the disease of racism permeates and poisons a whole body politic,” King stated.  “And I can see nothing more urgent than for America to work passionately and unrelentingly—to get rid of the disease of racism.”

A full transcript of the speech, which was entered into the Congressional Record on April 9th, 1968, is available from Stanford University’s Dr. Martin Luther King, Jr. Research and Education Institute.